If nothing happens to stop it, the UK should be experiencing Brexit in nine days, ending almost three years of to-ing and fro-ing that seems to have gained nothing but a worse reputation worldwide and a possible trade deal with Liechtenstein. In that time, the attitude of some of the media towards the Government – in particular, the Prime Minister – has lurched into a bad place, much like the Brexit negotiations.

Writer, James Felton, noticed a difference in the Times. 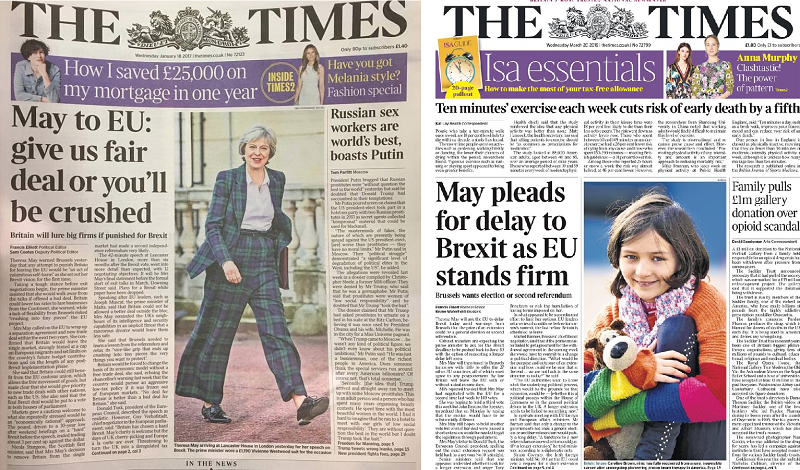 It’s unlikely that the EU has wasted any time on quaking in its boots. People commented on the starkly different rhetoric.

I think we've all been too busy and stressed to process quite how cripplingly humiliating and embarrassing this all is. https://t.co/GAiyA2yirR

Life comes at you fast. https://t.co/ERSTXXYSlC

This has aged well. https://t.co/SC0Zq9cfgi

Buzzfeed’s Europe editor, Alberto Nardelli, saw a similar development in the Daily Mail, which was showing its change of management in flashing neon. 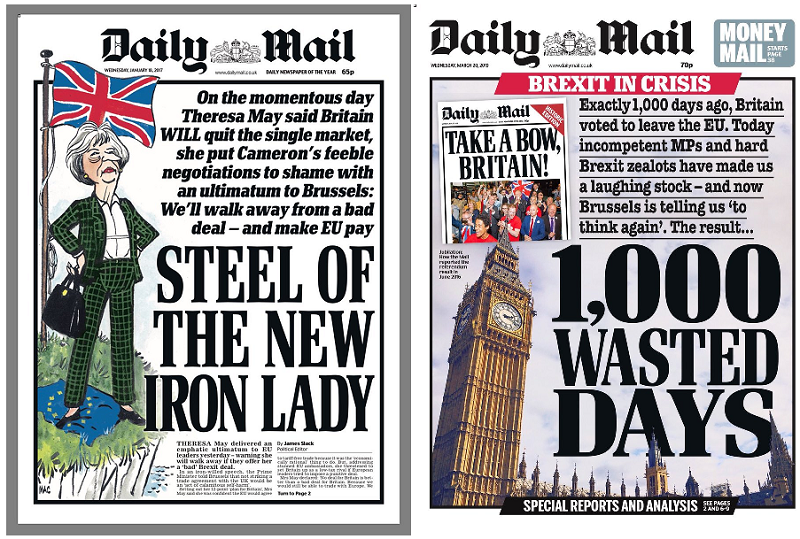 The Mail’s new take was very much in line with a broad section of the Twitter public.

That thing of “we’ll make the other lot pay” is a common trope of “things that then don’t happen, and neither does the main promise either”, isn’t it? https://t.co/0870aDfhKr

Very rich from the Mail who have only ever pushed a zealot line, very rich indeed. The Germans have a word for it.

Guy Cheese-Pie summed up the mixed feelings the papers have raised.