After a particularly bruising couple of days, Theresa May had a relatively positive time in the House of Commons on Thursday night. Her voice is coming back, she scraped a win against Parliament gaining control of the Brexit process, she achieved an agreement for requesting a short extension, and – crucially – the vote on whether to have another EU referendum came back with a resounding “no” after Labour whipped its members to abstain.

Here’s how the Telegraph’s parliamentary sketch writer, Michael Deacon, explained what had happened, in his Telegraph article. 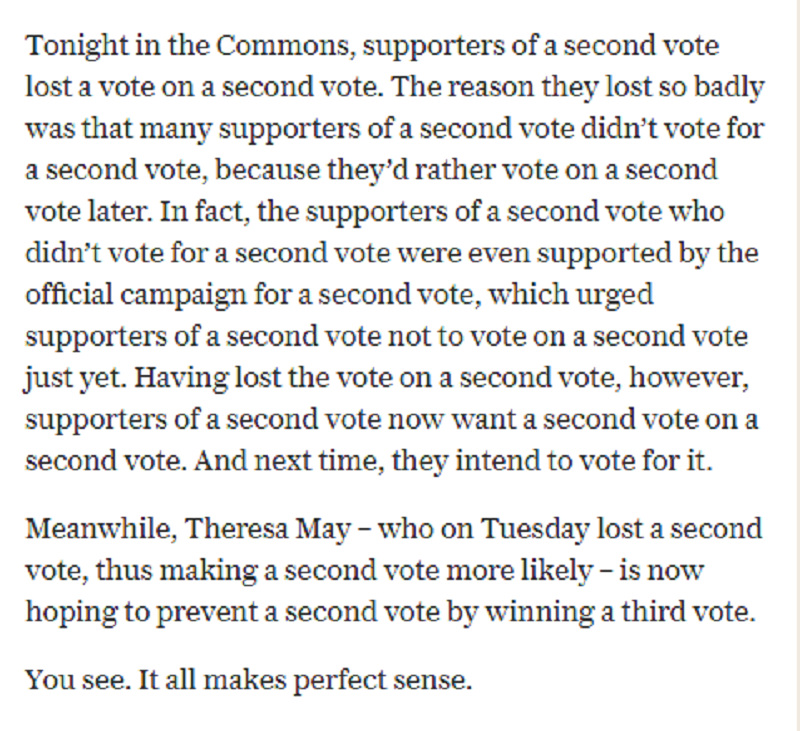 And this is what others thought of proceedings in the House of Commons.

Things that MPs have voted against:

I once went to a sushi restaurant with a friend who sat there watching the conveyor belt for 40 minutes, saying how all the options looked shit until eventually we had to leave and we ended up eating at angus fucking steakhouse. Anyway I just realised he's basically parliament.

So the only thing Parliament can agree on is that it needs more time to keep on disagreeing..

Thank God this Brexit deal is the easiest one in history because if it wasn’t we’d sure be in the shit.