It’s both shocking that it was ever published but reassuring that we have come so far in the years since.

I was 17 when Freddie died and The Daily Mirror published this article by Joe Haines. 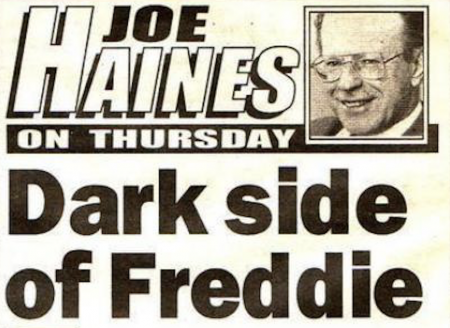 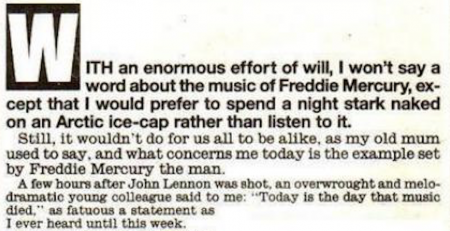 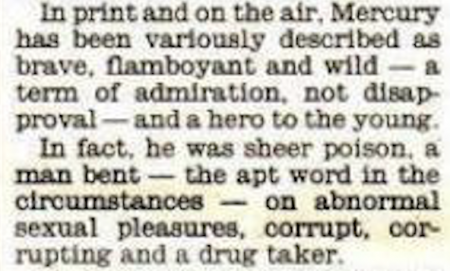 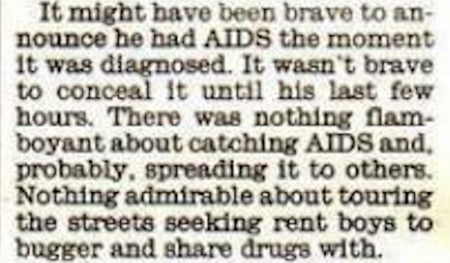 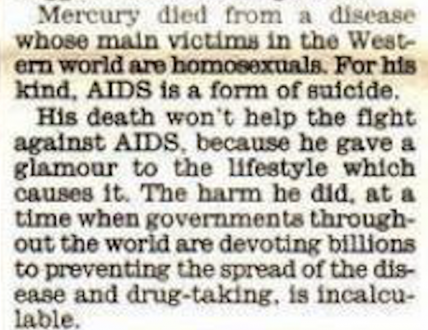 And here are just a few of the responses it generated online.

You know, I had no idea who Joe Haines is and had to google him. But I know who Freddie Mercury was.

I wish my personal life was a tale of depravity, lust and wickedness but I tend to fall asleep about half ninish these days and I just can’t fit it it.

Well, you turned out just fine…

Even excepting the gross homophobia, the first line is wild. He’d rather sit on a polar icecap than listen to Somebody To Love or Don’t Stop Me Now. https://t.co/8n8MNZe1BT

Bloody hell, I’m glad I didn’t read that at the time! What an awful man this bloke Joe was/is! I remember when Freddie died,was 13, in music lesson at school we spent almost the whole class talking about Freddie and Queen.

Just after Freddie died, I was in a rock pub in Bilston. The DJ played a Queen track in tribute. Some arsehole started making homophobic comments. Then the Hells Angels stood up and just looked at him. Arsehole shut up. Freddie was much respected by all. Even Angels in Bilston.

Worth reading.
Freddie had more talent in his fingernail than Mr Haines had in his whole body.
Incredible that this should be written so soon after he died. Thanks @RealMattLucas https://t.co/iix92cy9B5

But as someone also pointed out, not everyone has come a long way …

Not a very long way though. In 2009 Jan Moir of the Daily Mail spit on the still warm body of Stephen Gately in an article where she blamed his “gay lifestyle” for his death. He died of a congenital heart condition.

And there was this PS from Matt Lucas.

I’m glad he’s lived to see the changes in the world, how wrong he was and how his vile words never won out in the end.