The UK launch branch of Turning Point, a right-wing student movement for “free markets, limited government and public responsibility”, has just launched on Twitter but it hasn’t gone entirely to plan.

Turning Point, which has the backing of Nigel Farage and Jacob Rees-Mogg (so it must be good) launched as @TPointUK on Twitter and is keen to reassure its followers that young people can be right wing too.

The Left believes they have a monopoly over young people. It's time us young people fought back. We are so excited to announce the social media launch of Turning Point UK, which will be launching across UK campuses soon. #TPUK #TimeforaTurningPoint pic.twitter.com/xb62JN539Z

Except you might struggle to find it because a whole bunch of spoof accounts shot up at the same time, Spartacus-style, all claiming to be Turning Point UK. And it’s glorious.

turning point UK’s twitter launch is a fucking mess, I love it pic.twitter.com/5VHWBJeO9S 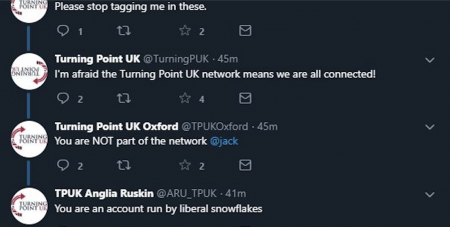 from left to right:

'Guys, do you think this caption could be taken out of context?'

'No, it's fine, run it.' pic.twitter.com/P5pTxqExSO

ur ma and da after a bad parent's evening pic.twitter.com/SRaucTbwUG

So the real Turning Point UK – at least, we think they’re the real ones, felt the need to clarify matters.

Down the rabbit hole! pic.twitter.com/v51Qjqvzvg 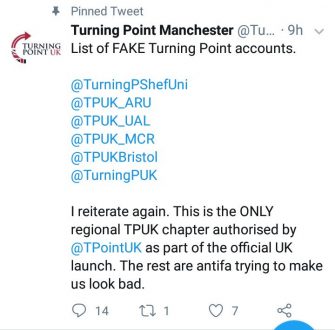 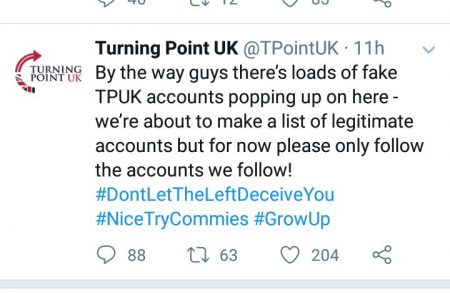 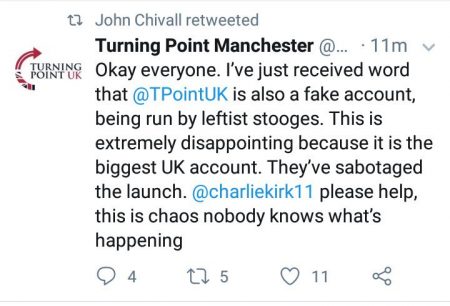 lovely to see the left, centrists, liberals and the moderate right coming together to rinse Turning Point UK