Although their profile is somewhat lower now that Nigel Farage has stepped down as leader to pursue his radio career, UKIP is still – apparently – a thing, and still taking itself rather more seriously than anyone else does. their current leader, Gerard Batten, has taken it upon himself to write to the Queen, asking her to prorogue – effectively suspend – Parliament until Brexit happens to stop that pesky parliamentary sovereignty from fucking it up.

This is how UKIP broke the news.

UKIP Leader @GerardBattenMEP petitions Her Majesty Queen Elizabeth II to prorogue Parliament and informs Her Majesty that the 1992 Treaty on European Union is treasonous. 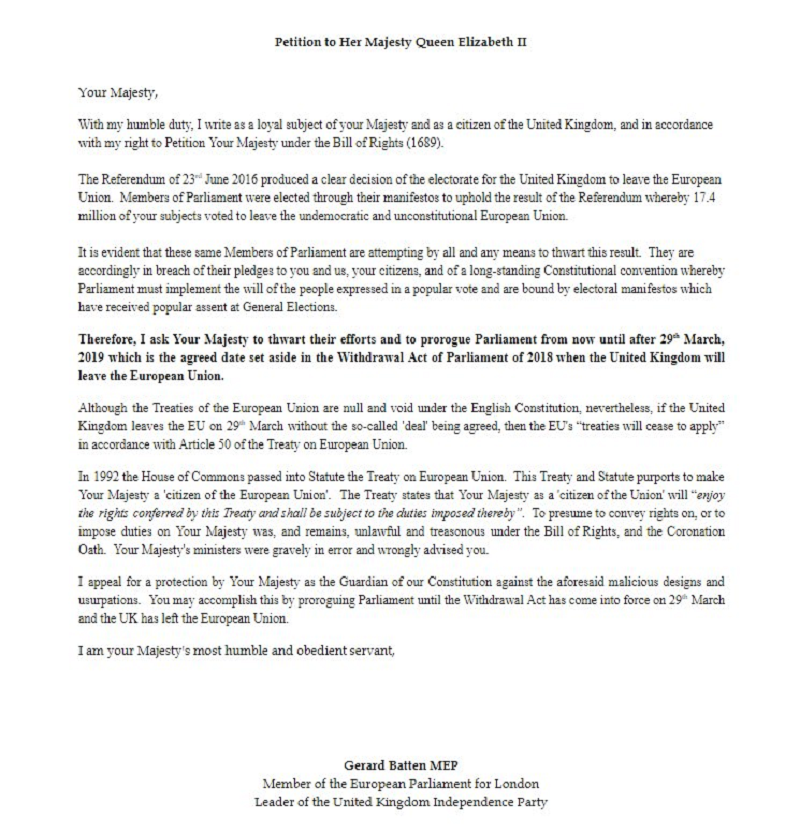 Let’s take a closer look at that.

Normally, if a letter were a little unclear, I’d transcribe it, but it’s honestly enough to know that they asked the Queen to prevent MP’s from doing their job.

The takedowns have come in thick and fast:

This party leader has asked the Queen to prorogue Parliament and explained to her that her decision to sign the Maastricht treaty was treasonous. The Queen is increasingly believed to regard paying the ultimate price for treason as preferable to one more day of this shit. pic.twitter.com/vjQgxFTcSX 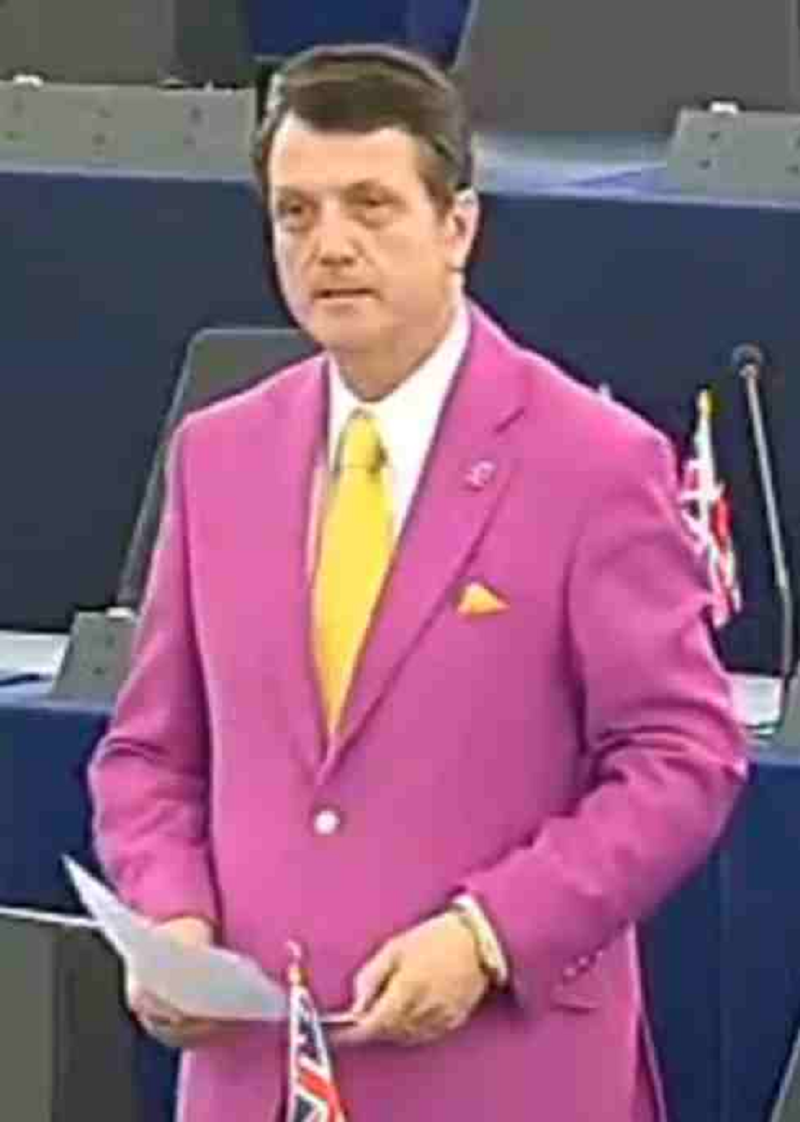 Right. And did he say this as part of his induction speech to the Butlins campers?

Never get high on your own supply https://t.co/rClP2b3DDn

Batten advocating taking control from Parliament and placing it in the hands of the sovereign, in order to push through contentious legislation…

Wait a minute, did we not fight a war about this? https://t.co/siGYjztr7A

UKIP, which has no MPs, calls on the Queen to shut parliament until after Brexit. https://t.co/V2JOMkPxh7

I have petitioned the Queen to have Gerard Batten executed and his head displayed on a pike on London Bridge. I'll let you know how we get on.

Before becoming UKIP leader, Gerard Batten was a pinkcoat at Shitbin's holiday camp in Holyhead. His favourite bit of the job was chucking foreigners in the Olympic-sized swimming pool, having first checked that they couldn't swim. Catchphrase: "First rule of racism, Spike…" https://t.co/zFAYS9kHJC

I'm still only on season one of The Crown. Can't wait to get to the bit where Gerard Batten's letter arrives and there is a brief constitutional crisis while someone works out which 42 carat gold bin to put it in. https://t.co/4J4RPkKYEo

"Bloody unelected EU," thought the elected MEP. "What we need in charge is the Queen."

Sit the fuck down, you set of fucking twats. https://t.co/q7adzsvOEp

As if the request to undermine parliamentary sovereignty weren’t enough, part of Batten’s letter refers to the Maastricht Treaty, which strengthened political ties across the European Union.

“Your Majesty’s ministers were gravely in error and wrongly advised you.”

He actually mansplained queening to the Queen. Top work! He might need a warmer coat – it looks chilly in the Tower.