There’s something a little different about this super blood wolf moon photo – can you spot it?

In the early hours of Monday morning, the British Isles had the potential to see a rare super blood wolf moon – meaning that the full moon was closer to the earth than usual, was going through an eclipse and that it happened in January. Most people didn’t get a glimpse due to cloud cover, but one Twitter user shared the spectacular photo he captured of the astronomical event.

I camped out on the Ashdown Forest near Crowborough, East Sussex last night, hoping to catch a glimpse of the #BloodSuperWolfMoon.#CanonEOSM50 #NoFilter pic.twitter.com/Ihjj3TXB0j

Composer, Nick Harvey, has an impressive history of capturing wonderful landscapes, so it’s no surprise that he’s done it again, but take a closer look at his image of Crowborough in East Sussex. 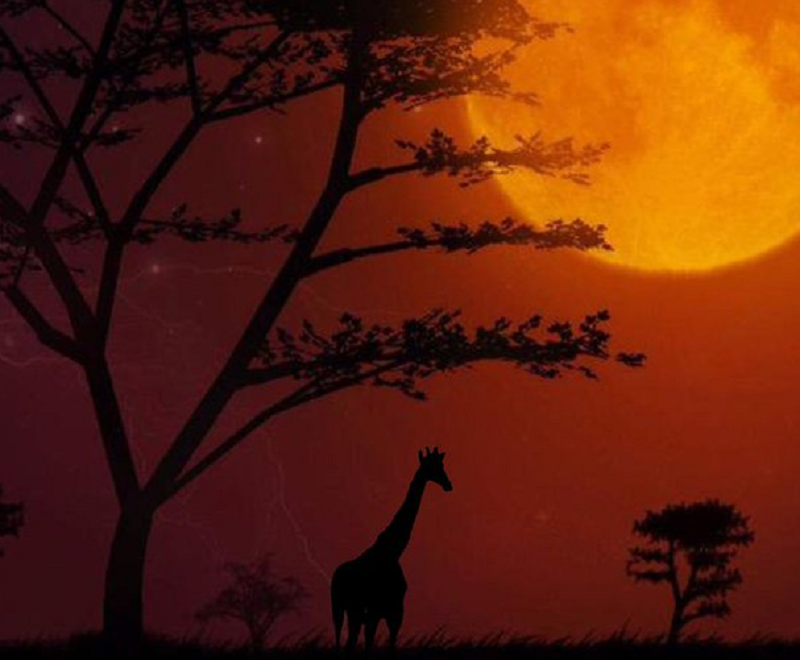 That’s right – it’s a giraffe – a giraffe in Crowborough. Of course, it’s just a long-standing joke played by Nick over a matter of years, following on from these beauties, amongst others.

THERE IS HEAVY RAIN IN CROWBOROUGH, EAST SUSSEX! pic.twitter.com/btAzl1MDqj

I wish I had your animal photography skills.

Although most people were in on the joke, there’s always one.

there's a giraffe loose in Crowborough?

*slowly, as if talking to a child*

There was even some interest from Radio 4. 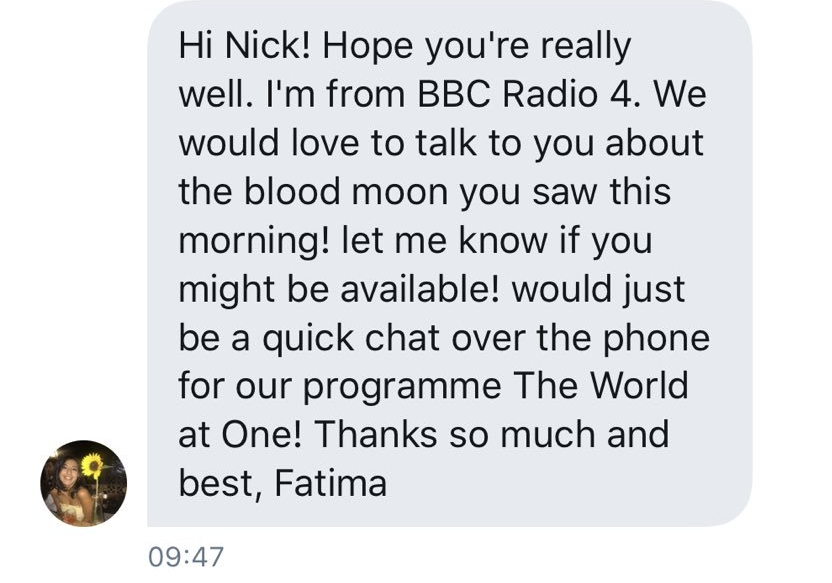 Best of all, Nick’s photography has clearly been an inspiration.

Beautiful. Sadly, we were overcast, but I still got this picture of the eclipse and the legendary Fleet Panther, which unfortunately blinked just as I pressed the shutter. pic.twitter.com/zWVgd20bG4