It’s very rare that any of us talks to a stranger on a train, beyond ‘excuse me’ or, actually, that’s it.

It’s even rarer – thank goodness – when a person you do actually chat to on a train sends you a text message when you didn’t even think about giving them your number.

So no wonder 20-year-old student Lynda Lorraine was weirded out when exactly that happened to her.

Here’s how she introduced the exchange she had with the mystery man on Twitter.

So I briefly spoke to someone on the train last week, we didn’t even exchange socials or anything and today he messaged me😭
Am I overreacting by being creeped out because what on earth 🙆🏾‍♀️ pic.twitter.com/SCVdZjHsg1

And this is how it played out. 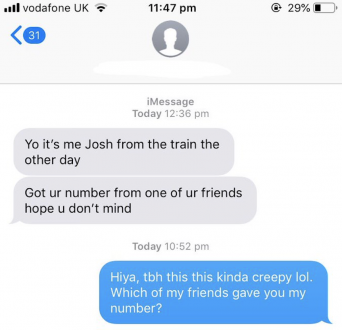 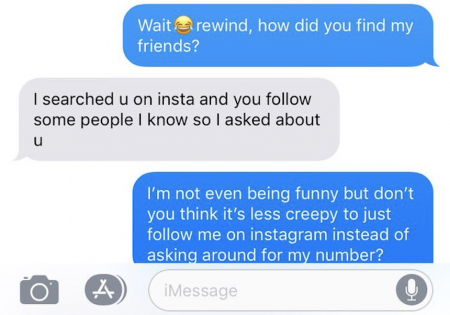 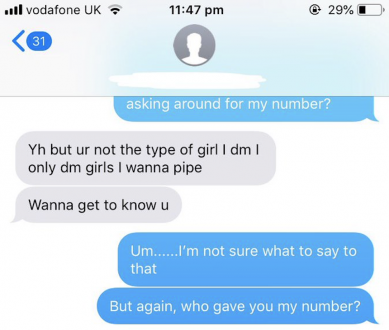 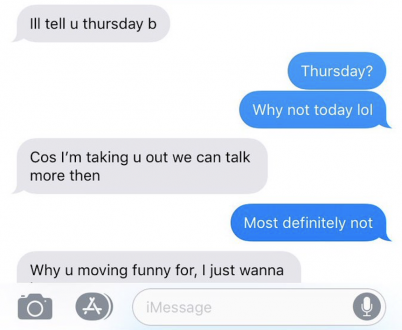 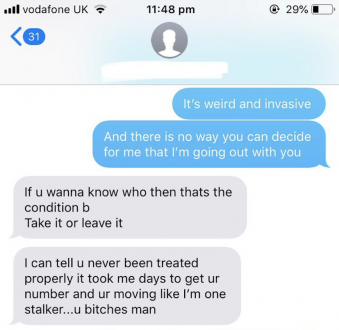 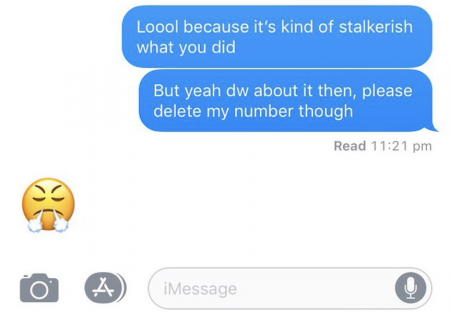 Damn, I suspect he imagined this scenario going a lot better… 😭

On paper it's a romcom plot. IRL, it's how you end up on Investigation Discovery.

They are the same just with different background music. We are all 8 bars of minor key violin away from being murdered!

Sis, WHOEVER GAVE HIM YOUR NUMBER NEEDS TO BE CUT OFF.

And it reminded people of something.

this guy really got inspired by a netflix series https://t.co/FbECxiSGyr

Isn’t this how “You” started in Netflix? https://t.co/397JRjXmDa