We all do stupid things, now and then – forgetting to use an oven glove, wearing odd shoes, watching an episode of Mrs Brown’s Boys – that kind of thing. You definitely don’t have to be male to enter the idiot zone, but when you read the anecdotes of male stupidity shared by Twitter user, @cowboyfox_, you’ll wonder how the Patriarchy ever got off the ground.

how are men still alive pic.twitter.com/xruwQ1ohGj 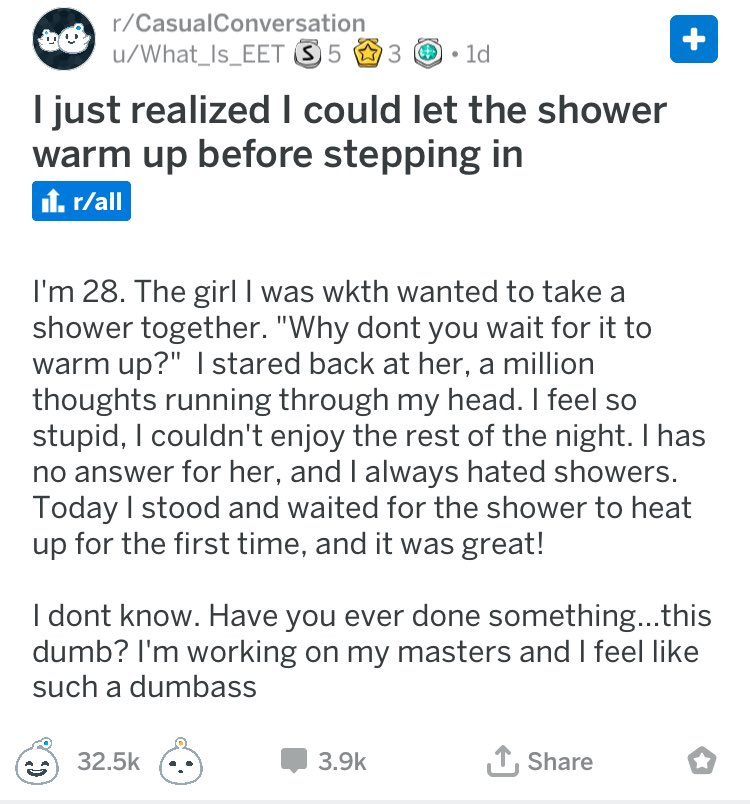 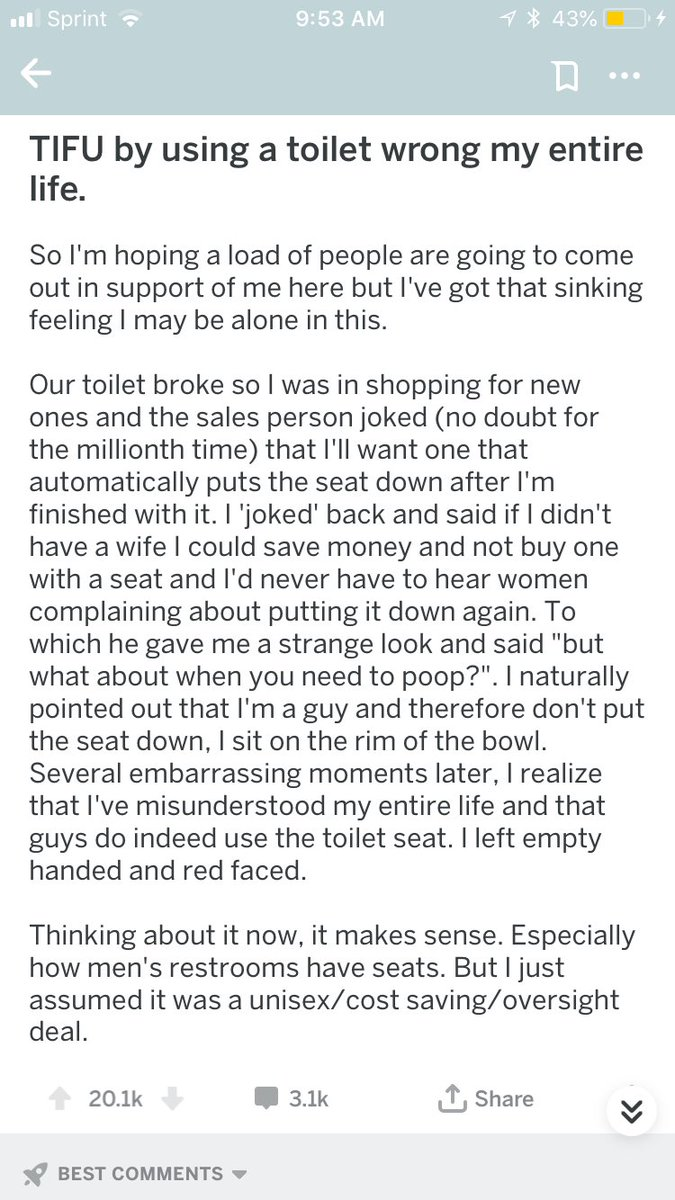 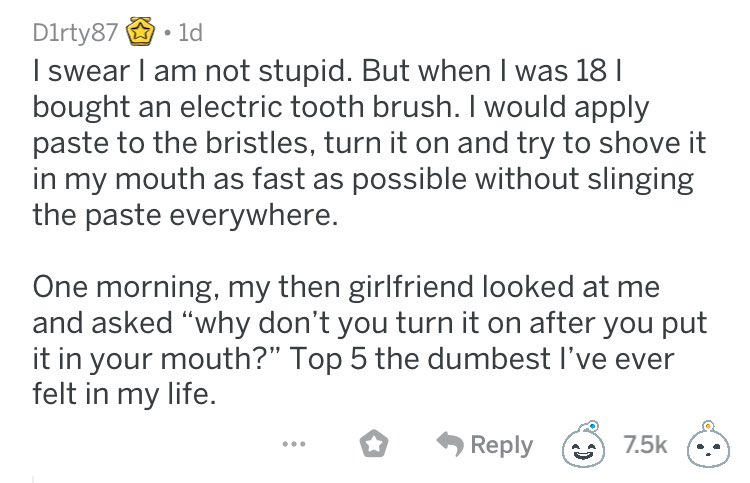 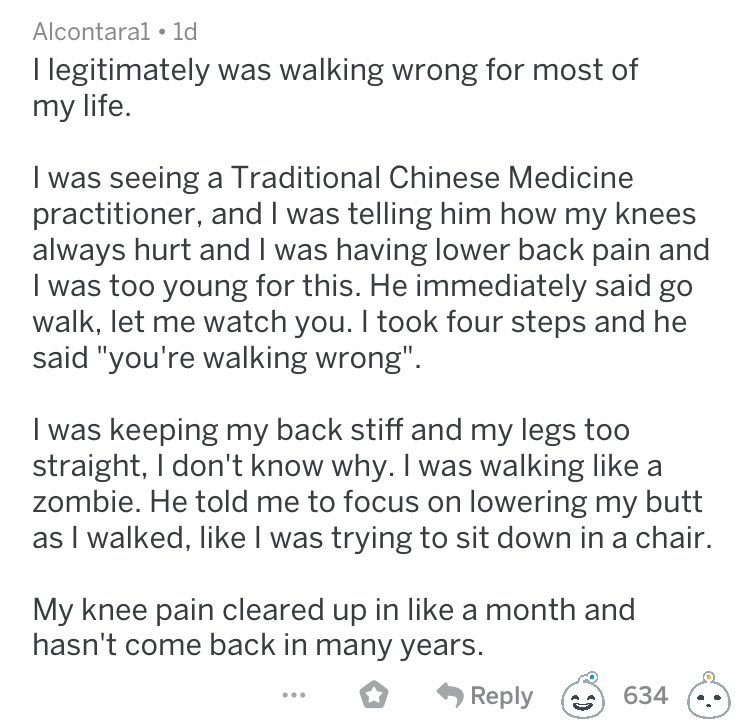 My Dad’s brother couldn’t understand why he liked taking baths. “Do the taps hitting your back not annoy you?” Turns out since when they were bathed together as kids he was put at the tap end he thought that was where you sit!

Husband : Its impossible to get the tight handle on your Yeti mug to line up with the lid opening. Me: removes lid and aligns with handle Husband: Ohhhhhhhhhh

When my boyfriend and I went to start our first semester of college I asked him what buildings he had class in and he dead ass didn’t know they were on his schedule. He fully planned on walking into a random building on campus and just asking where his classes were

In case this sounds like men are the only idiots, there was also this:

Dude girls can be just as bad. I had a girlfriend that at almost 17 couldn’t use a can opener and one time at my grandparents house she saw their orange trees – with fruit on them – and asked if those were apple trees!