This poster campaign is expertly trolling politicians using their own words

If there’s one thing we’re sure of in these wild pre-Brexit days, it’s that politicians say a lot of things – not necessarily useful things, but definitely a lot of them. Campaign group, Led by Donkeys, has come up with the perfect way to remind politicians of their words, particularly where they turn out to have been false – by posting gigantic poster versions of their own tweets in public spaces.

Their first poster shows an oft-quoted claim by David Cameron, made in the run-up to the 2015 general election.

Last night we started a little project to record for posterity the prophetic words of our leaders. Here’s the first one (Manor Rd / A10 in London). Eyes peeled for more #LedByDonkeys #TweetsYouCantDelete @David_Cameron @Ed_Miliband pic.twitter.com/9ED5MUPTTn 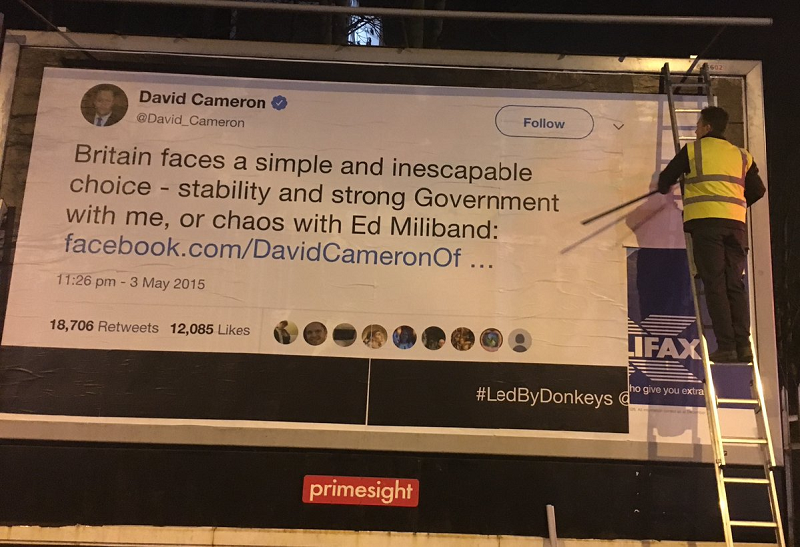 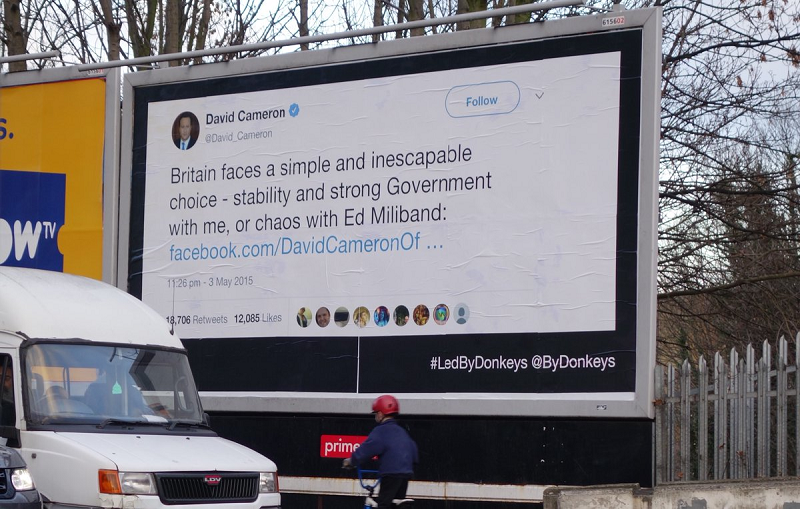 This poster repeats an outrageously false statement by David Davis, the former Secretary of State for Exiting the EU.

Day two of a project to turn the predictions of our Brexit overlords into #TweetsYouCantDelete. You asked for @DavidDavisMP, we give you @DavidDavisMP. Vote in thread below for next poster – location will be a leave-voting town. (Source for DD quote: Hansard) #LedByDonkeys pic.twitter.com/5dVYMy5EKS 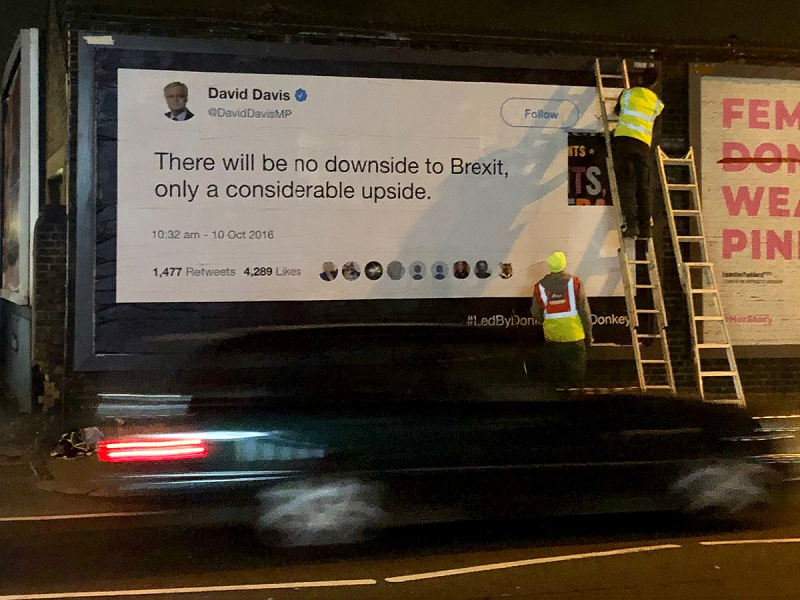 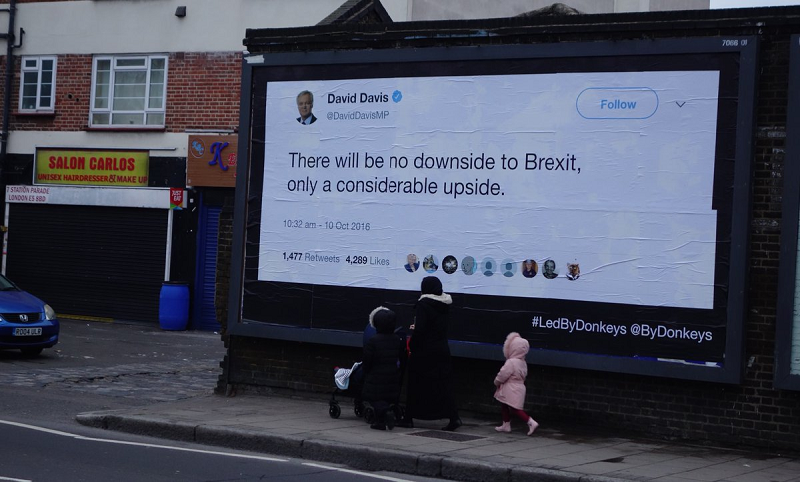 They asked Twitter users to help them choose their next target, posting these politicians’ unwise words in a series of tweets:

'The day after we vote to leave, we hold all the cards and we can choose the path we want.’

'The free trade agreement that we will have to do with the European Union should be one of the easiest in human history.’

Getting a Brexit deal 'is like threading the eye of a needle. If you have a good eye and a steady hand, it’s easy enough.'

'If a democracy cannot change its mind, it ceases to be a democracy.’