The 25 funniest jokes of the week

The days are growing longer, if only slightly, the kids are back in school and the House of Commons is up in arms over *checks notes* a sticker on the Speaker’s wife’s car. Let’s put all that to one side for a few minutes and just enjoy these very funny things that have been on Twitter during the last week.

I see Amazon boss Jeff Bezos’ wife is leaving him. With a neighbour, presumably.

"Mum! I've got a part in a big film!"
"Well done Paul! Who are you playing?" pic.twitter.com/8wyQNB4uaG

I have the worst level of French. Just enough to ask a question, never enough to understand the answer.

everyone who makes fun of how cats look in medieval paintings feels very dumb nowpic.twitter.com/uJcRzGBWSJ 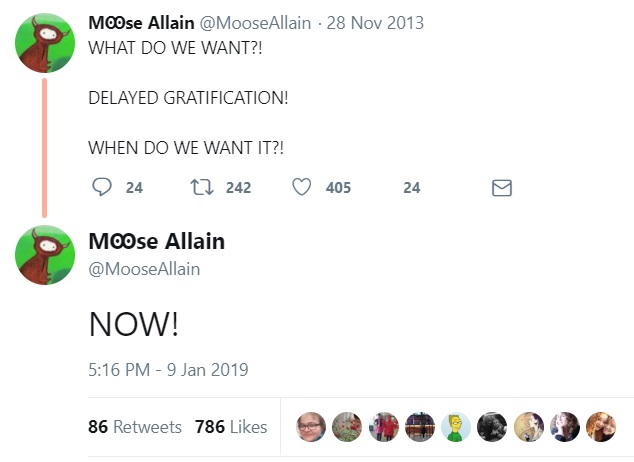 Army lads always wear their work uniform to weddings and shit, but if I rock up in my latex dom suit I’m “causing a scene”.

How to make someone say “you off?”

JEFF BEZOS: I brought you flowers

HER: Oh thanks. That's very sweet

JEFF BEZOS: I see you’ve liked flowers. Perhaps you’d like these other flowers

To be a likable woman candidate just follow these simple rules: Don’t be old, don’t be young, don’t be middle aged, don’t be serious, don’t be funny, don’t be loud, don’t be quiet, smile more, don’t smile too much, don’t wear that, or that, here is a Handmaid’s costume.

“Tonight’s main story: my outfit looks like balls and a cock, peeing. More at 11” pic.twitter.com/KyW2SZ3uac

next story
Breaking News: This handy explanation for anyone who still won't wear a mask is both funny and useful