The worst thing about taking time off work sick – apart from being sick, obviously – is the nagging suspicion that your boss doesn’t quite believe you’re as sick as you say you are.

Sometimes they’re right, obviously, but now isn’t the time for one of those stories.

Now is the time for the story of this woman, shared by the good people of Bored Panda, who was genuinely sick but her boss made her come in anyway.

Here’s what happened next. 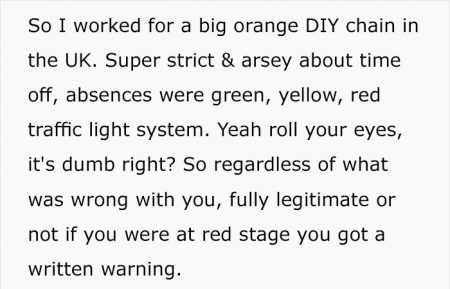 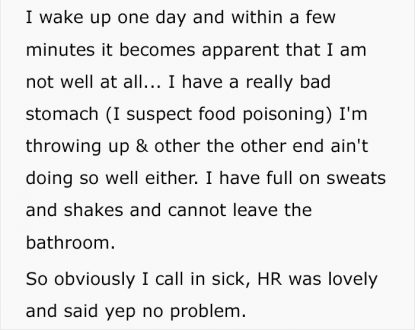 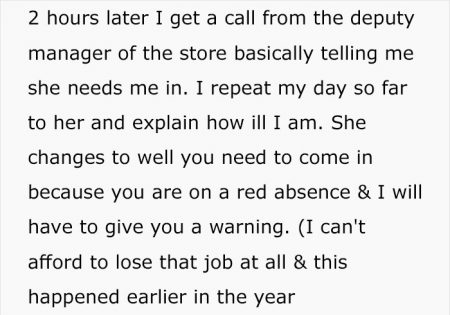 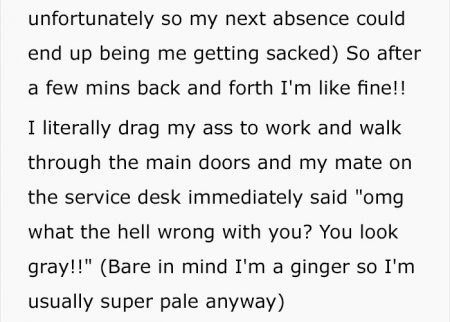 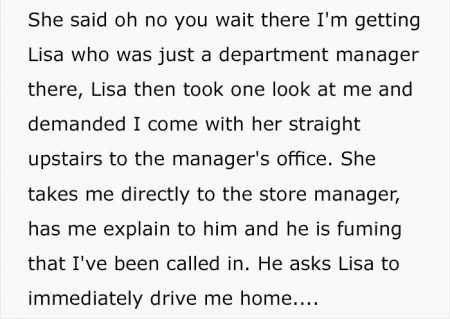 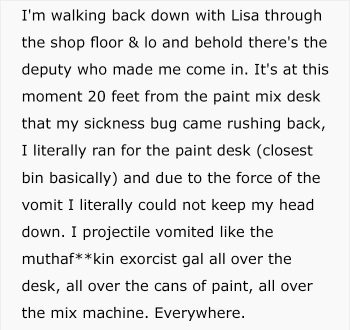 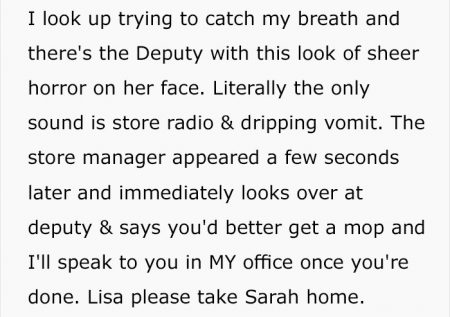 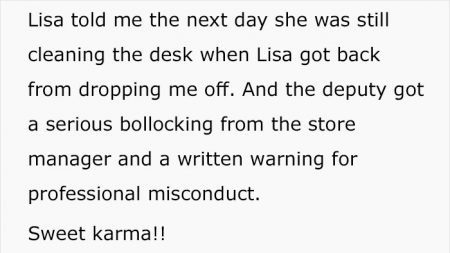 And here’s what people made of it. 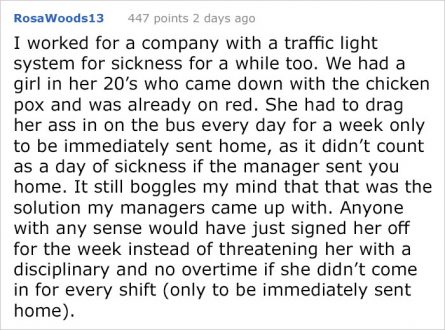 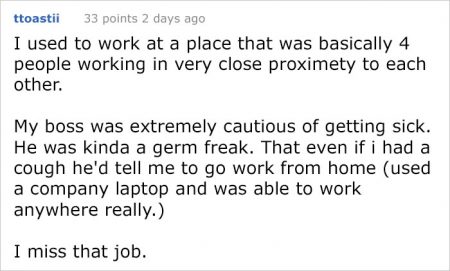