As we lurch from one constitutional crisis to another, it’s mildly comforting to remind ourselves that this isn’t anything new – or possibly mildly depressing. One pivotal moment was when the country had had enough of the unfair Community Charge or “Poll Tax”, as it was more popularly known, but before the riots, we had the hard sell. Does it remind you of anything?

Oh my godddddd, I just found this Tory broadcast from 1988 trying to sell the Poll Tax to everyone.

There’s a full version of the party political broadcast here, which is well worth watching.

Let’s have a look at that Tory idea of wasted money, eh? 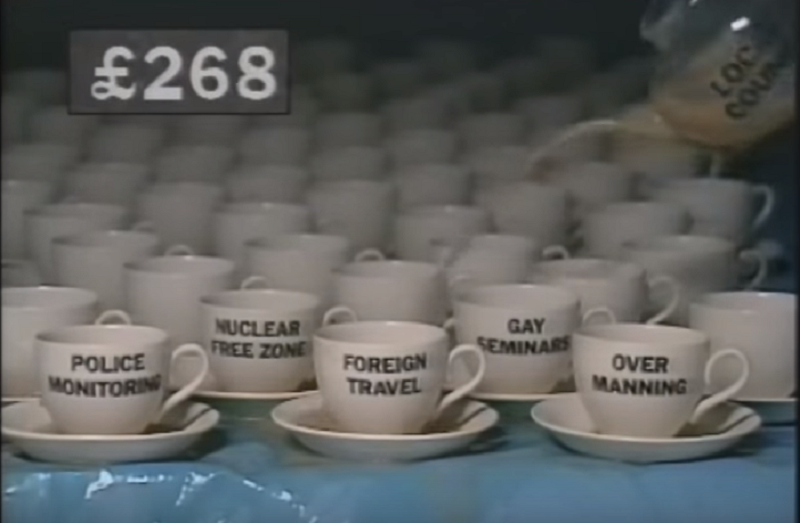 How well I remember all the gay seminars they used to have in their nuclear-free zones in foreign countries – so wasteful.

Naturally, people had something to say about the clip.

It's the dustman (singular) that also made me laugh herehttps://t.co/qxVTUeLnt3

Good lord. The Tories have been awful since the dawn of time, haven’t they? https://t.co/scYxgy0PBW

I do not want that disgusting looking tea on my extravagant gay seminar, thank you very much

I will cherish this screenshot like my newborn child, someone better be selling this actual teacup in 2019 pic.twitter.com/TClVV2Vt4R