Katie Hopkins isn’t happy – no change there then, you might think – but the cause of her ire is more interesting than most.

The former Mail Online columnist turned whatever it is she does now applied for accreditation to attend a United Nations event and, well, this is what happened. 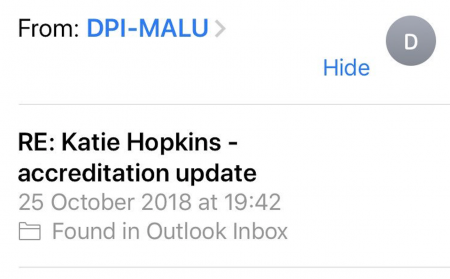 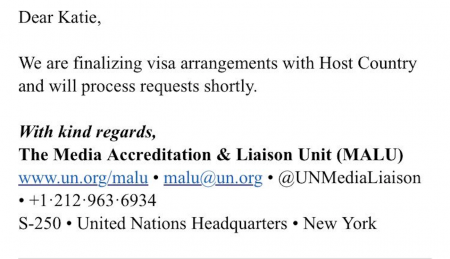 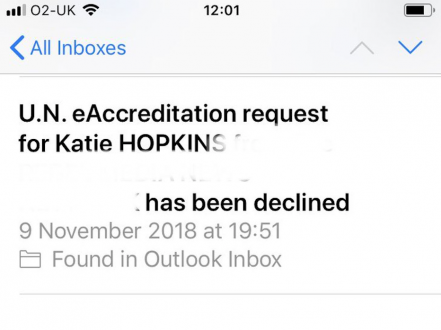 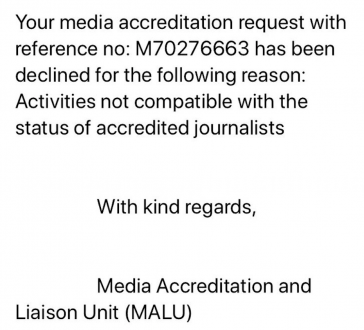 This is what Hopkins made of it.

My Media Accreditation for @UN Global Compact on Migration DECLINED.

If you aren’t prepared to follow their script – you aren’t coming in. pic.twitter.com/jz45pSv1FK

Maybe the good people of the United Nations remembered her Sun column when she described migrants as ‘cockroaches’.

This is what the UN’s high commissioner for human rights, Zeid Ra’ad Al Hussein, said at the time of the column in 2015.

“The Nazi media described people their masters wanted to eliminate as rats and cockroaches,” said Zeid. This type of language is clearly inflammatory and unacceptable, especially in a national newspaper. The Sun’s editors took an editorial decision to publish this article, and – if it is found in breach of the law – should be held responsible along with the author.”

And here’s what people made of the UN’s decision to tell her where to go.

…or, if you’re not a journalist.

My Astronaut Accreditation for NASA DECLINED

Presumably, because as a overweight colourblind 56 year old, I’ve got as much to offer the the Space Program as you do Journalism.

In what world are you a journalist? https://t.co/2Zj85htwxk

So by your logic, I should be accepted to the American College of Surgeons because I once removed a splinter.

Same thing happened to me when I went to the hospital and attempted to perform a triple bypass. They said ‘you are not an accredited surgeon’ I should be allowed to do as I please. Will the scourge of the left never end?

next story
Breaking News: This handy explanation for anyone who still won't wear a mask is both funny and useful