There’s a wonderful logic about metric measurements – unlike the imperial system, which has no apparent logic or reason and you simply have to learn the whole thing or you’re f_cked. A Twitter user named Moth Dad just discovered this for himself and shared the experience as it unfolded.

We’re not sure how, but it started with ounces in a pound and went downhill from there.

WHAT THE FUCK KIND OF NUMBER IS THAT

A little sarcasm slipped out.

It got worse when he moved onto pounds in a stone. Educational stuff. 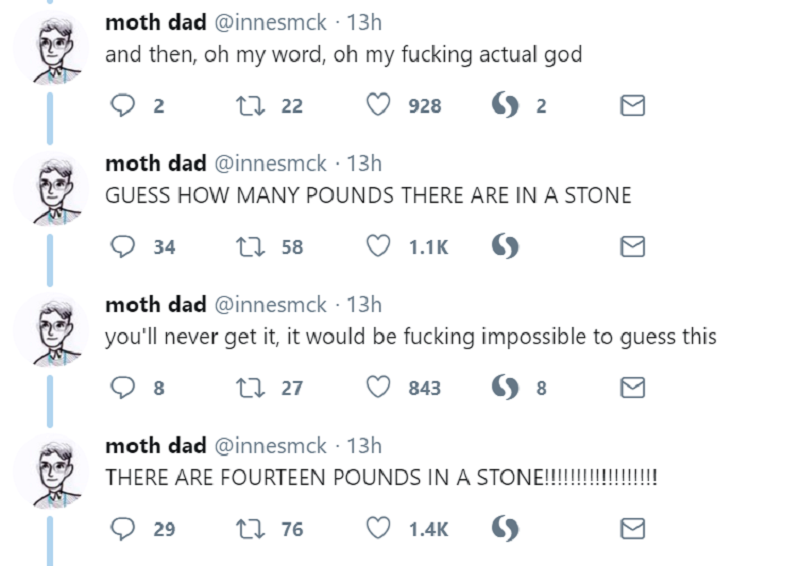 MATHS HAS CLEARLY ABANDONED US. NUMBERS MEAN NOTHING AT THIS POINT

The whole thing blew his mind so much, he was half convinced it was an elaborate prank. 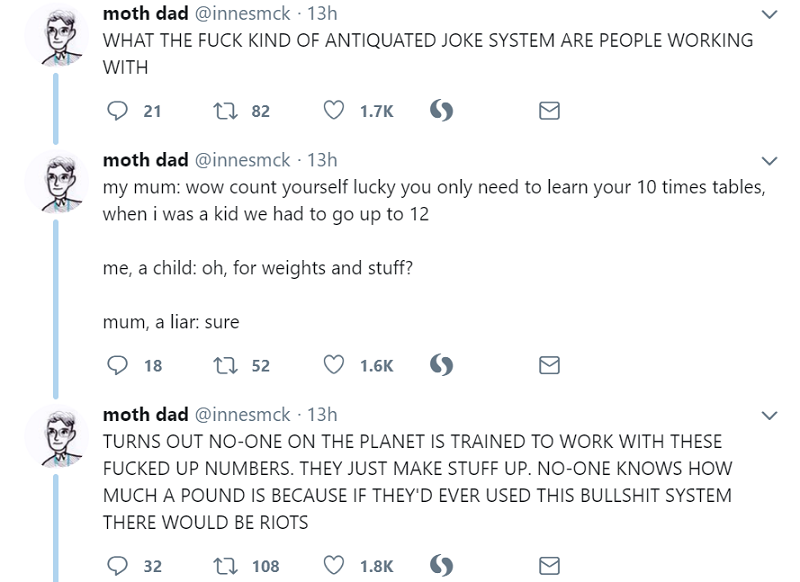 Perhaps unwisely, he considered the US imperial system of cups … 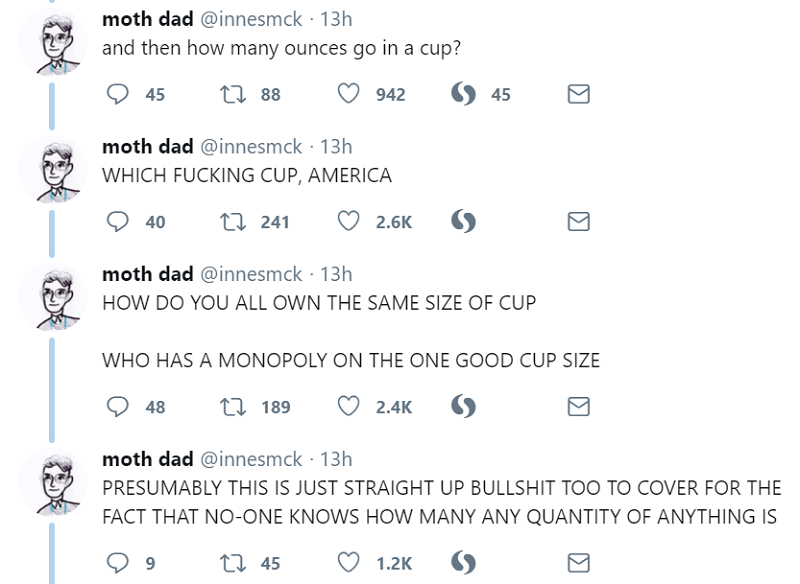 you: uhhhh, sure. yeah. that's like… 3 cups, probably. this is a great system.

Other problems of weights and measures came to mind – and made things worse. 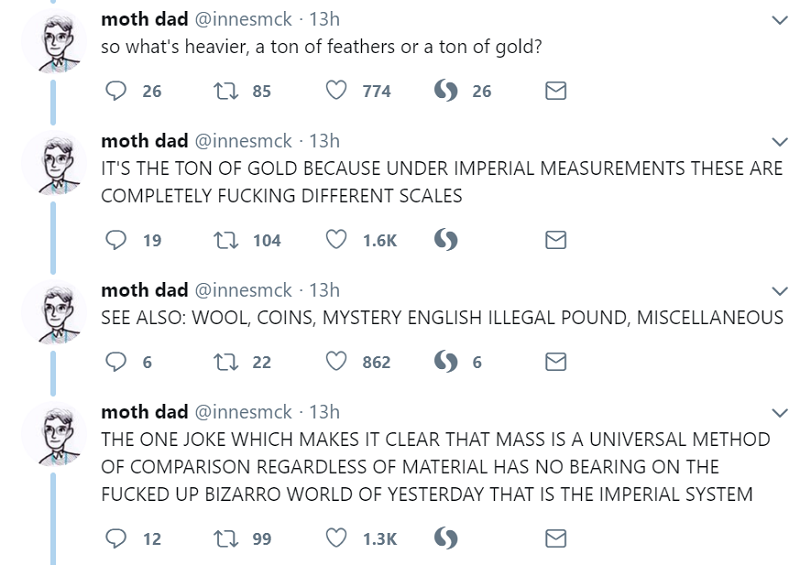 He felt betrayed by the system – the imperial system. 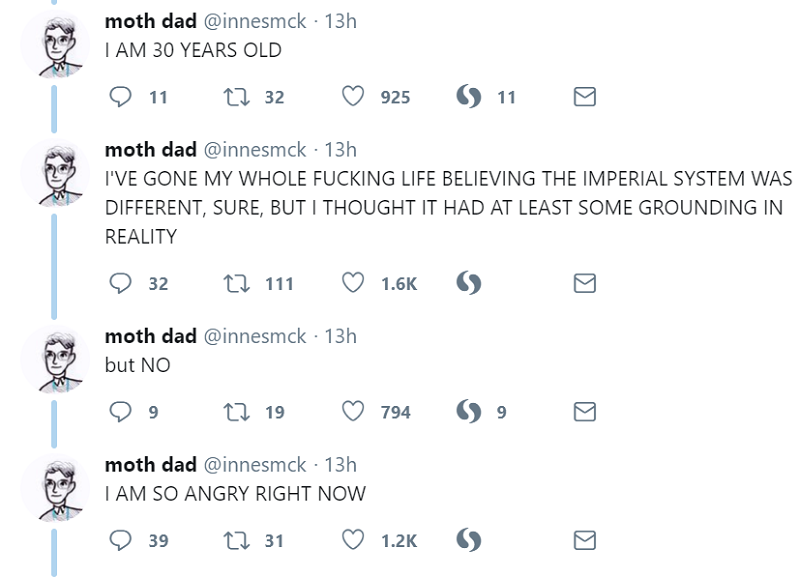 I CANT UNDERSTAND WHY YOU'VE DONE THIS TO ME

next story
Breaking News: 'Read the whole thing not just the red circle'