You may have spotted the #himtoo meme that sprang up after a mother claimed her son had been put off going on dates by the possibility of being falsely accused of sexual assault. If you didn’t you can see the start and, effectively, the end of the story in these two photos, shared by Twitter user @SJGrunewald.

First, the post shared by the woman, about her US Navy graduate son. 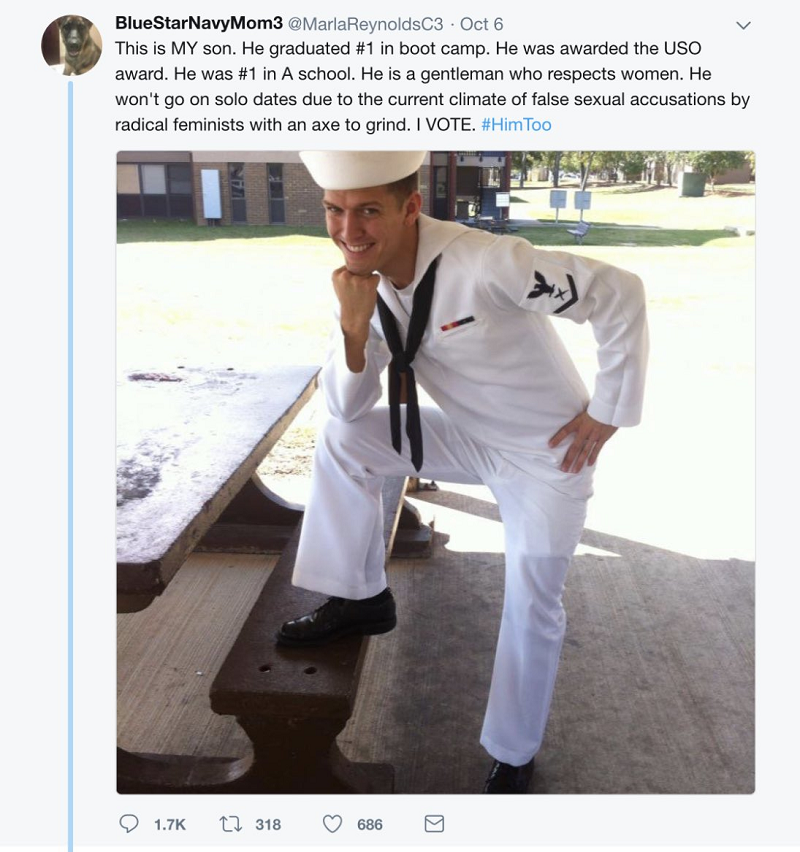 Then, the son in question, reacting to his mum’s post. 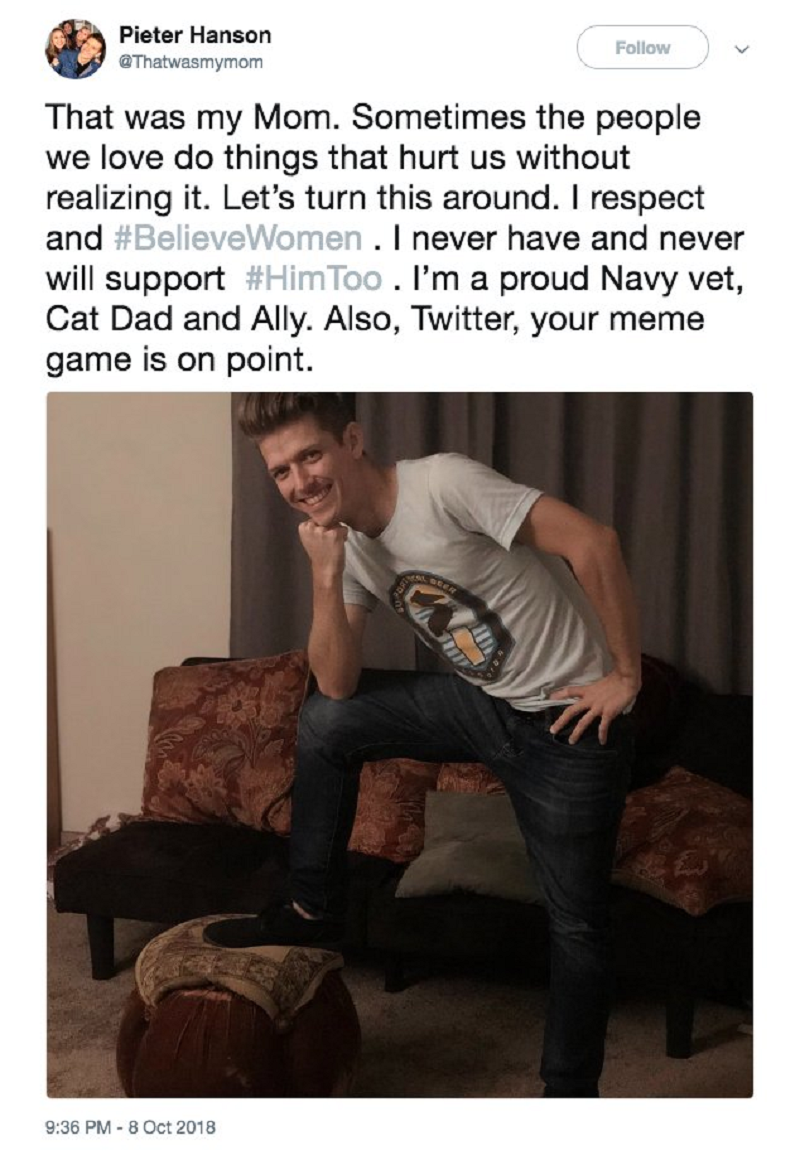 However, Pieter isn’t her only son, so before he’d even set up a Twitter account, his big brother, Jon, had his back.

My brother is trending on twitter because of my moms ridiculous tweet. I’m a mixture of laughing hard and feeling bad for him. #HimToo pic.twitter.com/YG93x9ikii

There was an important question to be addressed.

The real question is he really afraid to go on dates? We need to know!

So is he actually afraid to date? Or did your Mom completely make that up?

She made it up

My mom is crazy. She just loves attention. Guess she got it.

And an important addendum.

Watch what happens when this black leopard sees his favourite zookeeper