Guess who didn’t like the new Doctor Who? And wait ’til you see what Daily Mail readers made of Jodie Whittaker

It’s reassuring to know that in an uncertain world some things remain entirely predictable. Like what the Daily Mail would make of the first woman Doctor, for instance, as Jodie Whittaker made her much-anticipated debut in BBC1’s Doctor Who on Sunday night. 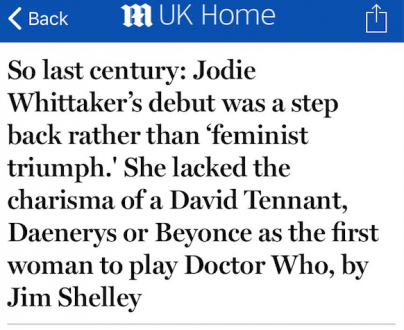 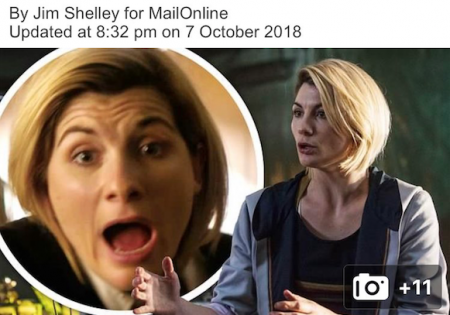 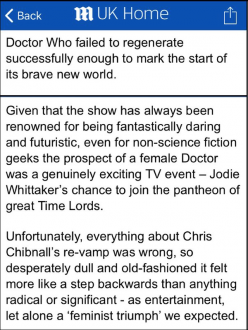 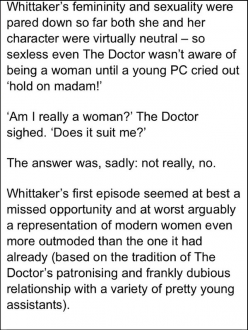 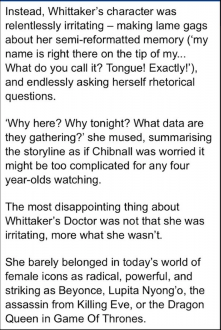 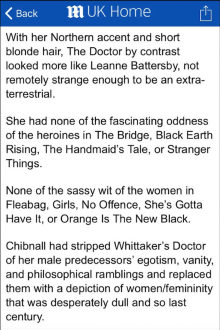 And yet, like all the best episodes, there was a totally unexpected twist. Here’s what Mail readers had to say in reply. Well, some of them did at least … 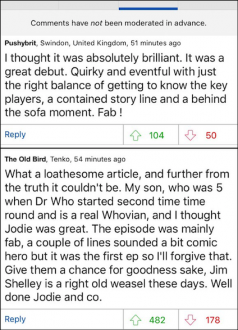 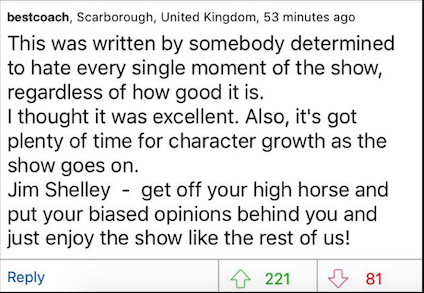 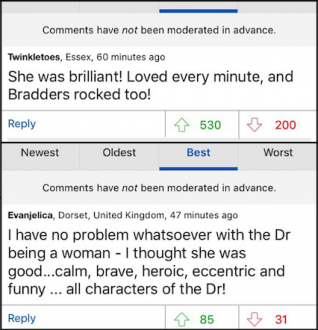 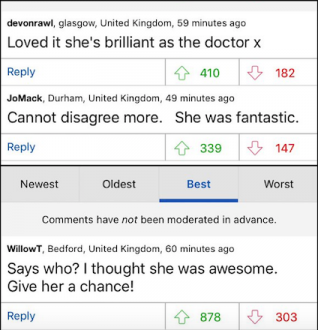 And here are our favourite responses online after it was shared by the great @DMReporter.

It’s either that, or he doesn’t realise that Beyoncé is in fact a real person and doesn’t belong in a list with a Doctor and the Mother of Dragons…

Have I slipped into an alternate timeline where Daily Mail commenters aren’t terrible human beings?