In the battle of the calendars, it’s very much a two-horse race between those two bastions of manliness, Cliff Richard and Vladimir Putin. The Russian President’s offering has just been released and is selling like hot blinis, which is hardly surprising as – once again – they’ve pulled out all the stops to make him look like a cross between James Bond, Action Man and Mother Teresa.

The January page shows him styling it out in an icy lake as part of a religious tradition. 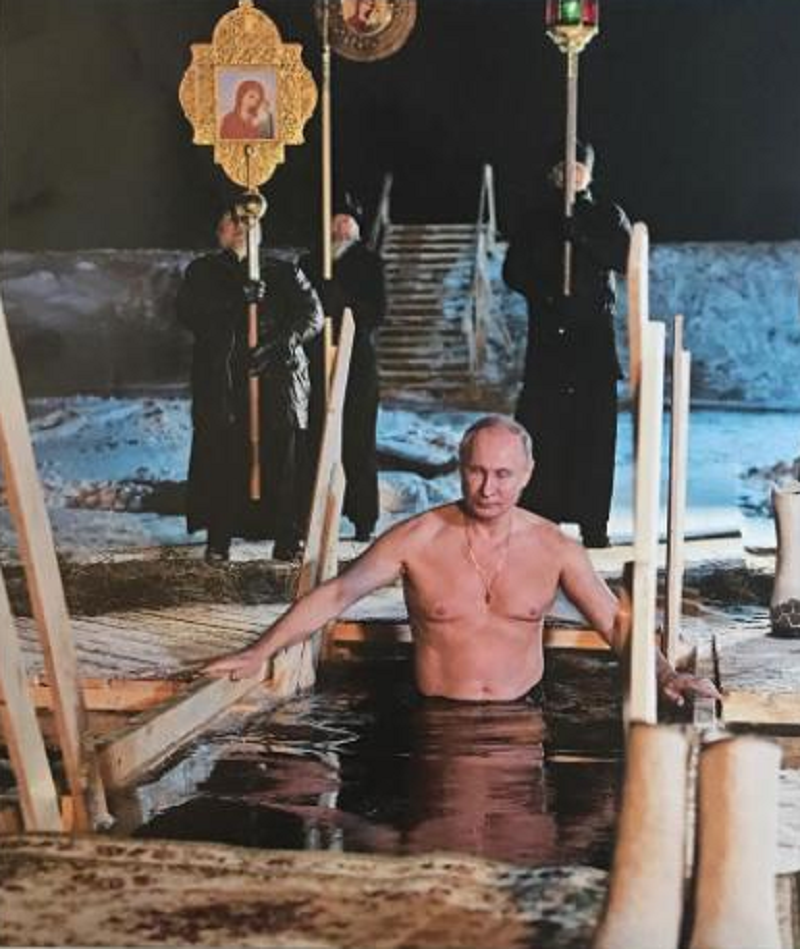 February has him casually riding his horse through snowy vistas, whilst clothed in a head-to-toe suede outfit probably fashioned from animals he killed with his bare hands. 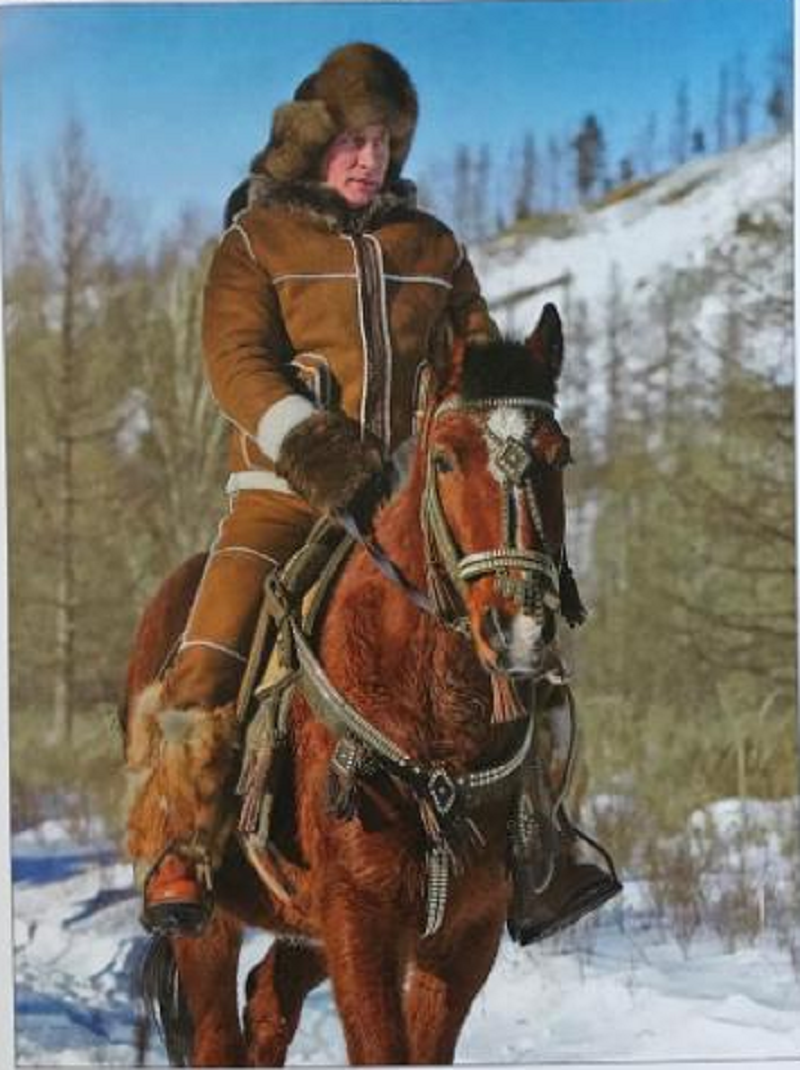 We get a sultry side glance from under his military headgear for March. 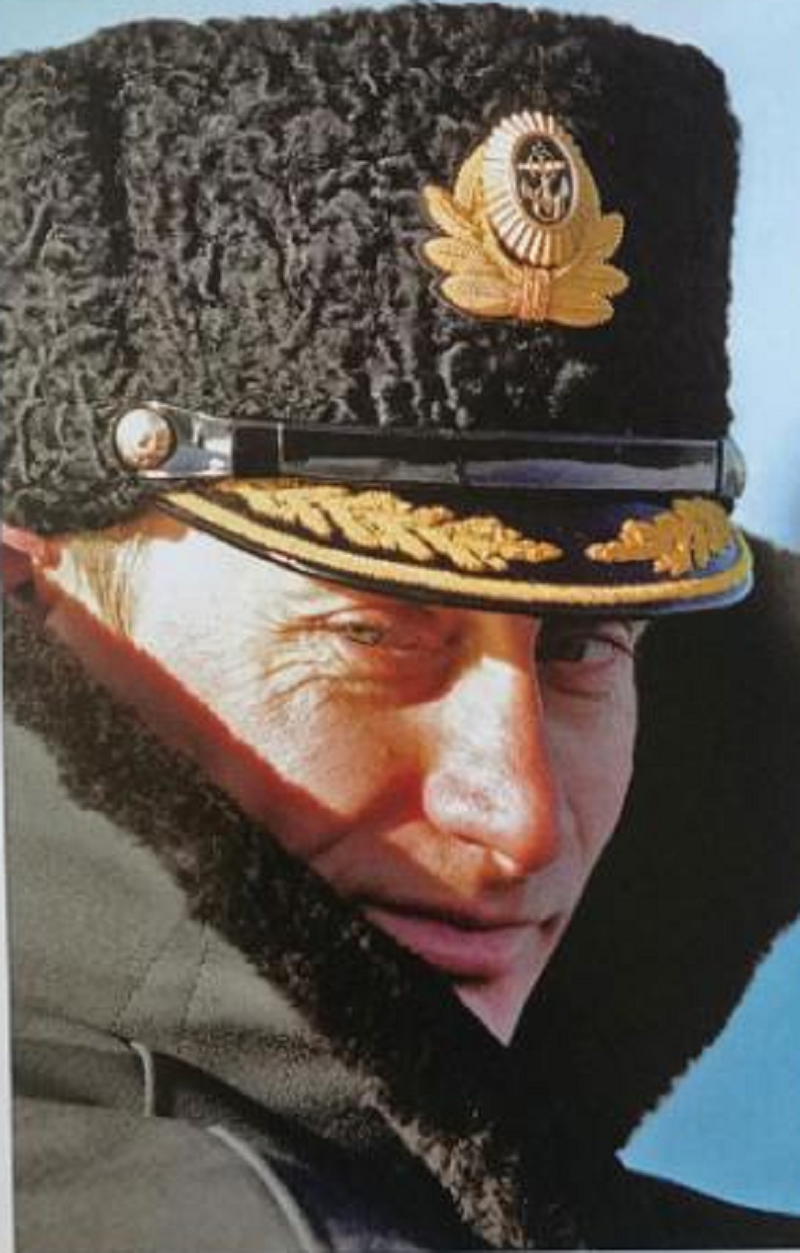 Going for the casual everyman look in April, with a rugged jeans and shirt combo, which makes his arms look incredibly short. 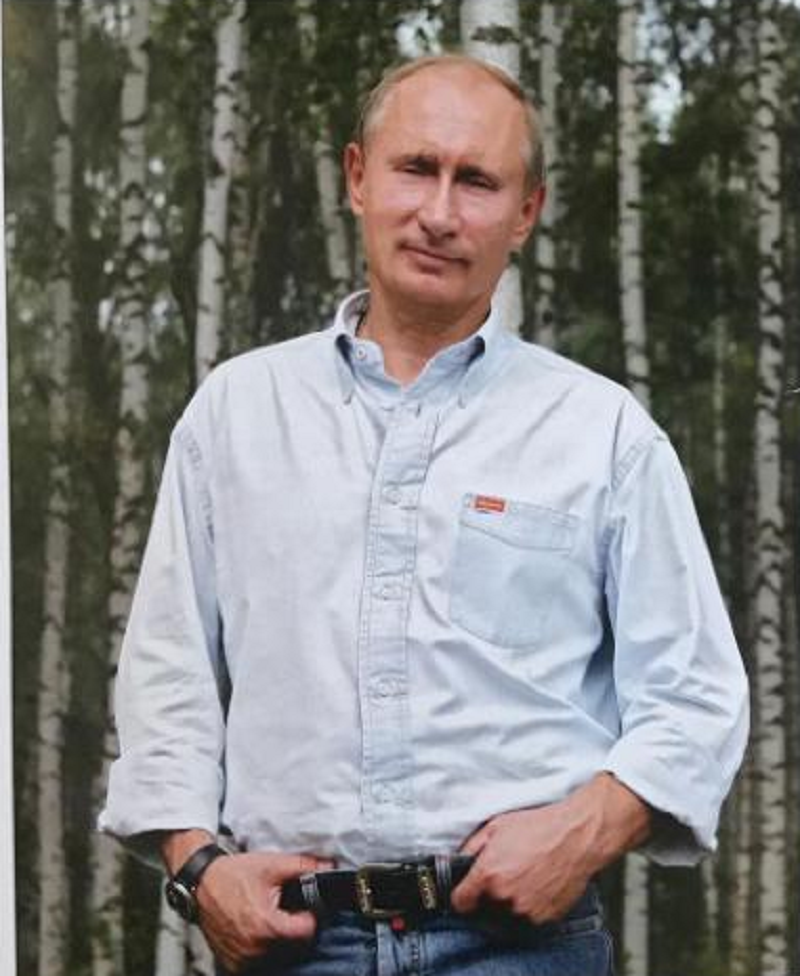 May is very much more formal and it looks as though he’s off to a protest with his bodyguards – perhaps against the annexation of Crimea. 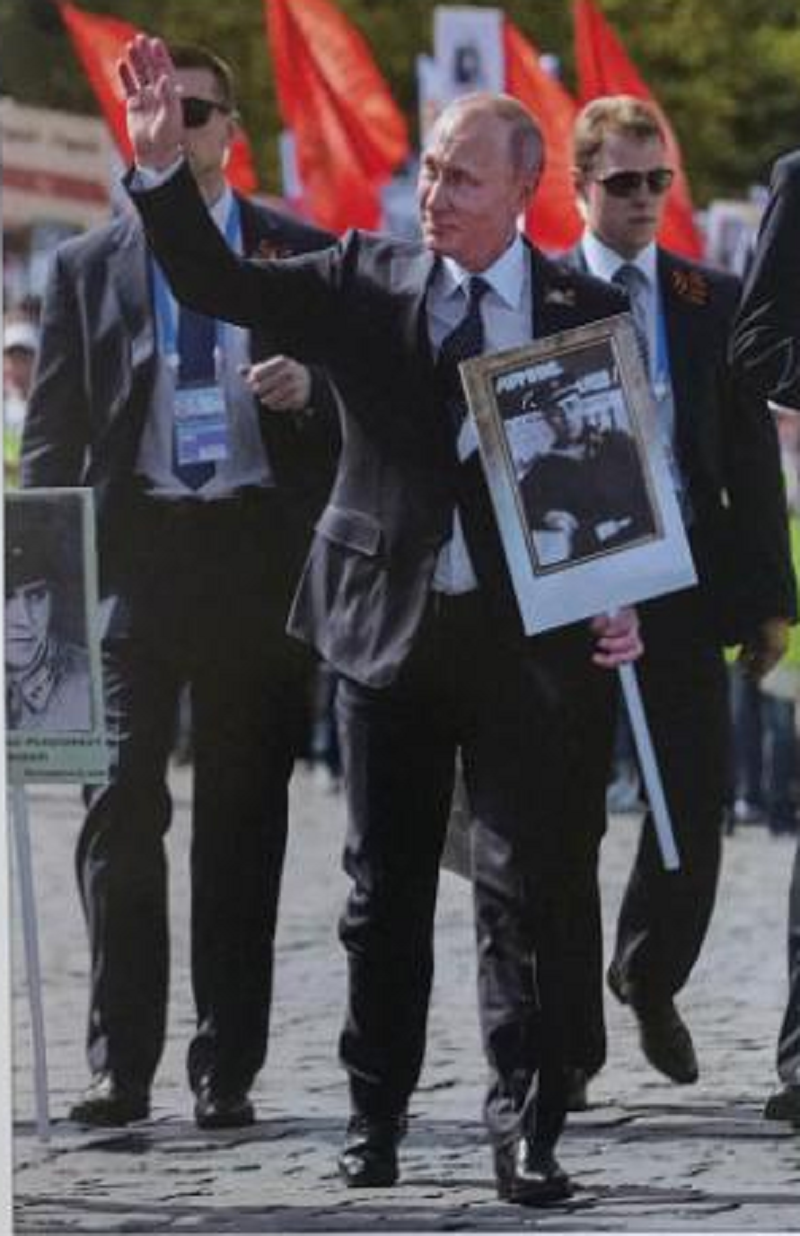 All together now …awwwwww! Just look at June’s fluffy cuddly Putin being gentle and harmless with a puppy. 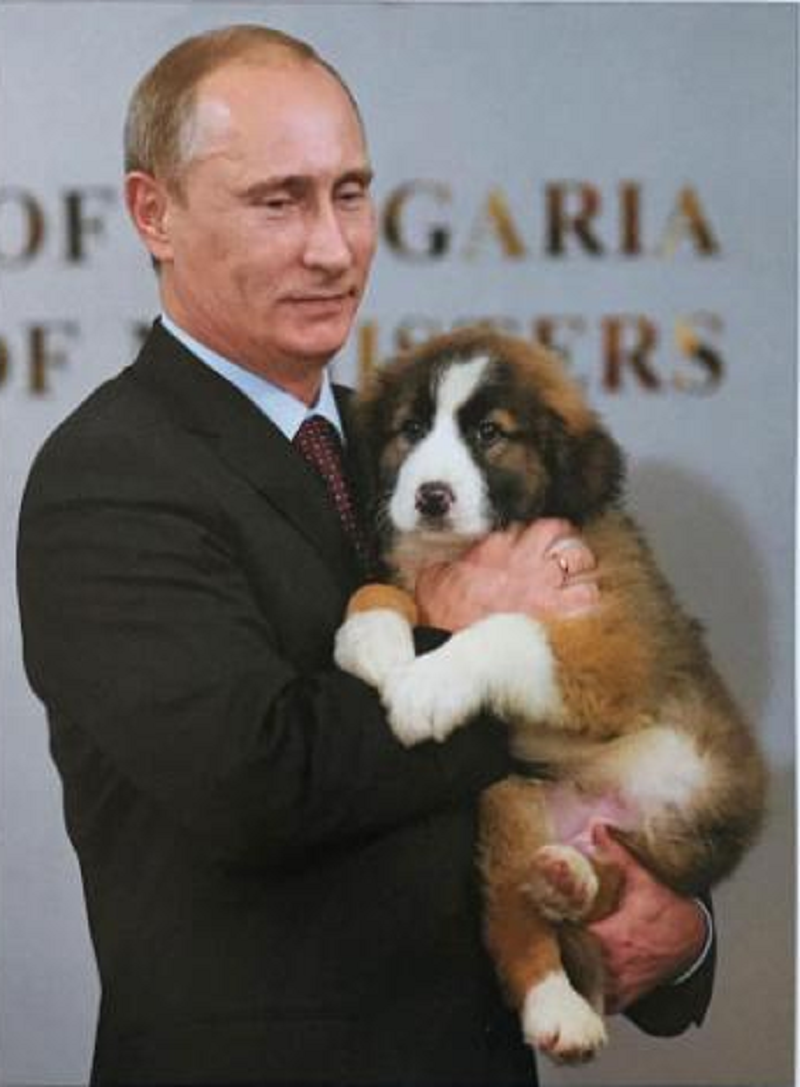 Back to Action Man mode for July, with a little light cycling whilst dressed as a middle manager in Russia’s version of Staples. 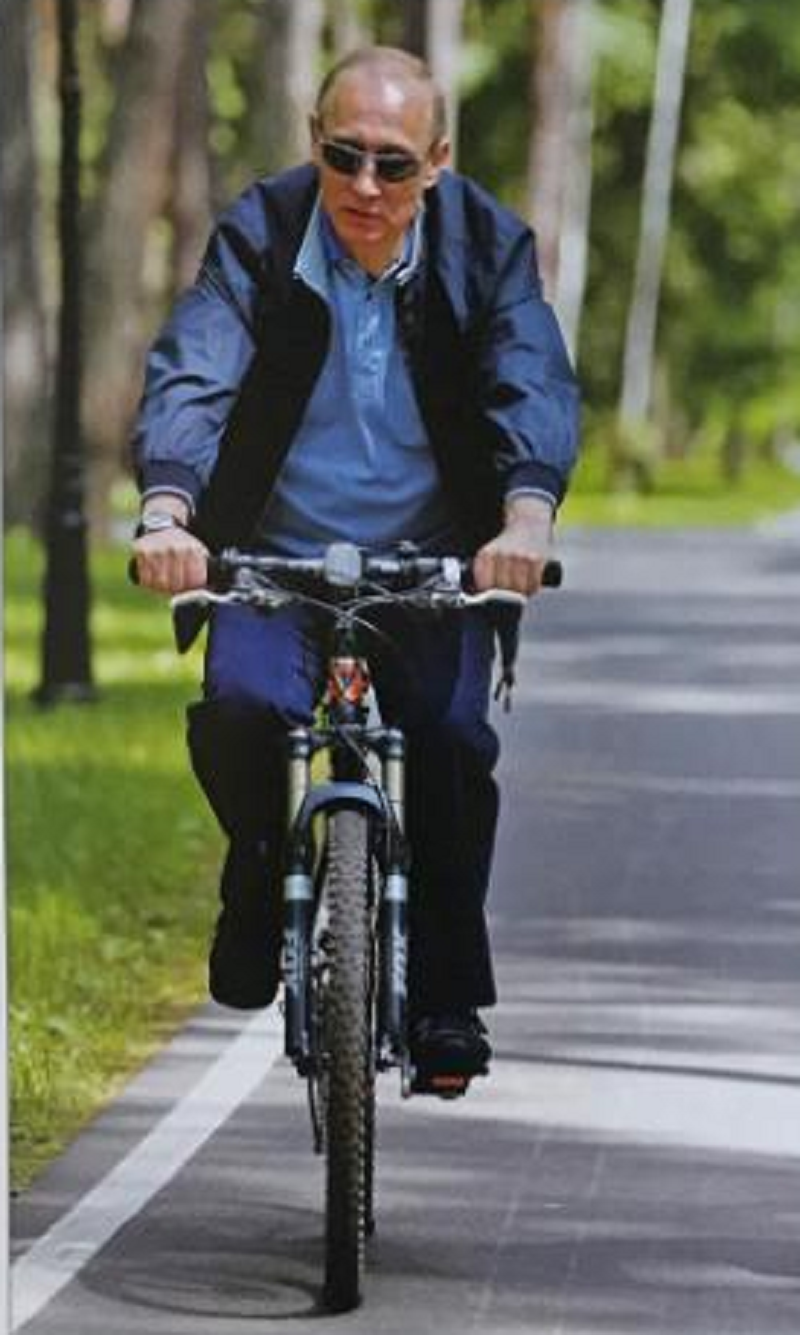 December reminds us that he may be an action man who snuggles puppies and takes ice-cold lake baths, but the bottom line is – he’s the boss. 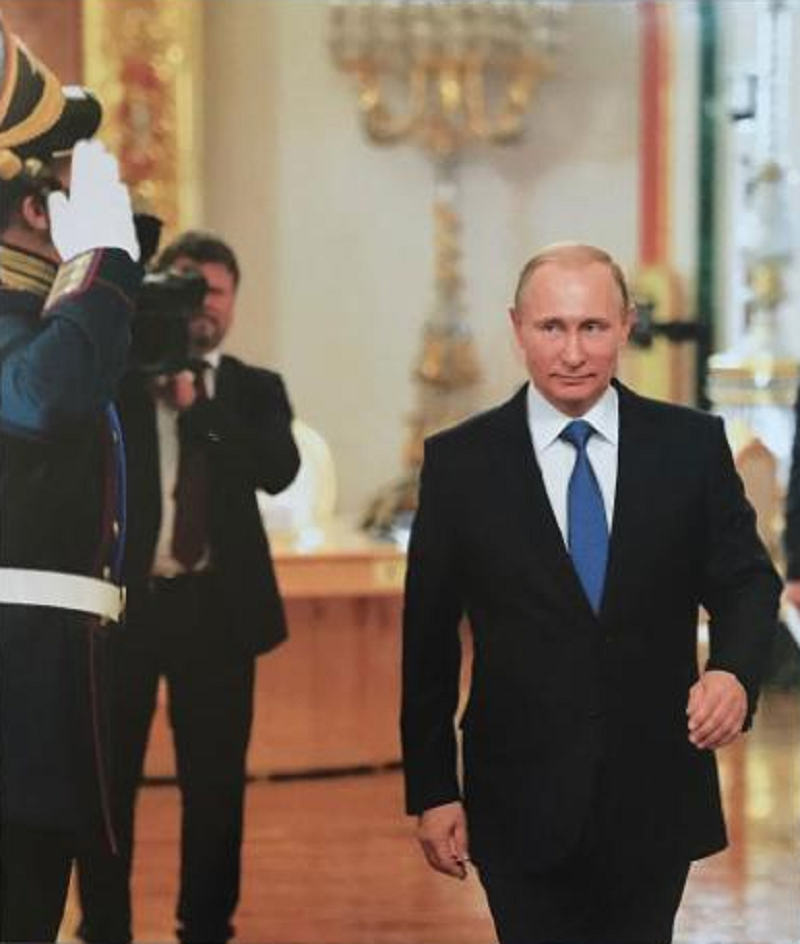 If you want to see August to November, you’ll have to buy a copy – if they haven’t sold out. We somehow can’t imagine there being much of a market for a Theresa May calendar. Maybe next year.