This girlfriend’s list of 22 rules will make you appreciate your relationship. Any relationship

A guy found this list of rules in a secondhand car he bought and shared them online because they are so extraordinary.

However much he paid for the car – assuming he bought it off the bloke – it wasn’t enough, frankly.

Here they are in all their glory, as recounted on Bored Panda. 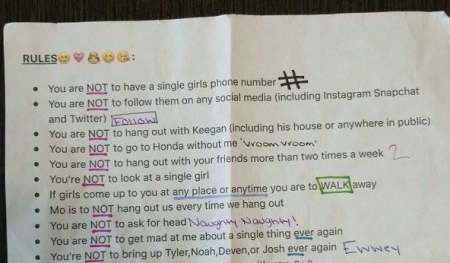 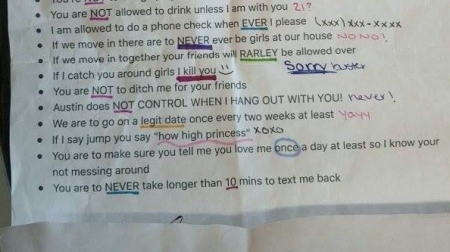 The car also contained the list of things he is allowed to do, but is so small it was never discovered.

The 22-point list was shared on Twitter by a guy called Kale but he later deleted it because people misunderstood who it was about.

Here are our 5 favourite responses online.