If you think this building looks a bit rude, wait until the fireworks start

There’s a might impressive erection in China and people can’t stop talking about it. It’s something called the Guangxi New Media Centre in the south-east of the country and you might see an unfortunate resemblance. 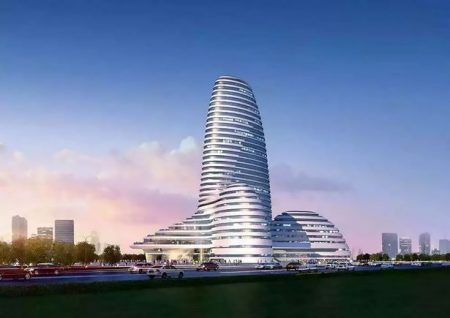 Not seen it yet? Try this angle. 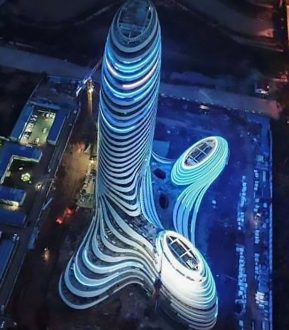 But that’s nothing compared to what it looks like at night. Check a load of this.

"I do like it but don't you think perhaps it's a little … you know… a little bit too penisy?"

Architect: "Don't worry, there'll be so many fireworks and lights on the launch night, nobody will ever notice" pic.twitter.com/rqh04z5L2a

The fireworks display coincided with the full moon festival although, like a digital viagra, the effects may have been given some artificial help.

Still, does look like a cock and balls, doesn’t it?

Does the building collapse after the fireworks? #askingforafriend

All it needs is this bridge nearby and it is complete. 😏 pic.twitter.com/JjSsHP7XIC

Oh dear, there was more.

There’s a scene at the beginning of Man Of Steel, the Superman movie, where Zod and his pals are shrink wrapped and shot into space. My first comment was , “Those are a just a little ..phallic?”. Tried to find a clip but failed.

That’s probably enough of that sort of thing for now.