You’ll probably know by now that the New Yorker magazine has dropped Steve Bannon from its line-up after outrage greeted its decision to invite the loathsome, alt-right conspiracy theorist.

Quite right too. Unless you’re author, Spectator columnist and much else besides, Toby Young, who had this to say.

The @NewYorker has caved in to an outrage mob and no-platformed @SteveKBannon. That’s it. It has lost its authority as a beacon of free speech and Enlightenment values. If you prize freedom of thought and expression and enjoy the clash of ideas, try @QuilletteM instead.

And here are the only 6 responses you need.

Counterpoint, they accidentally booked a white supremacist for their festival and the public response made them realise this was a bad idea so they cancelled him. Bannon is as free to speak as he ever was.

having a tantrum online because someone won’t give a nazi a platform is a gr8 look, you sentient ballbag 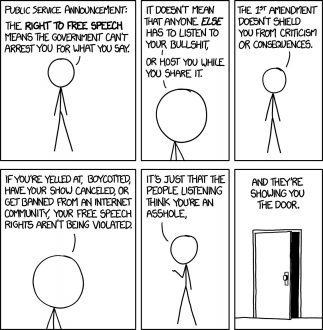 Maybe Bannon’s dad could call and get him back in? https://t.co/BlHVAe53b7

First they came for the fascists, and I spoke out for some reason. https://t.co/TXOs25AN67

Sorry, what was that you were saying about eugenics?

And if you’re wondering, Quillette is, oh, there’s probably no need to bother. Toby Young likes it though.