It’s the lack of awareness – and much else besides – that makes this exchange so perfect, which begins – stick with us – with this from a chap called Paul Joseph Watson.

If you don’t know him, he’s editor at large of Alex Jones Infowars, so that should cover it. 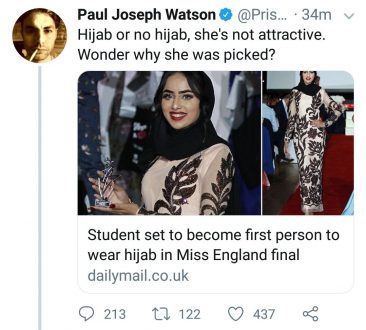 So far, so objectionable. And then this happened. 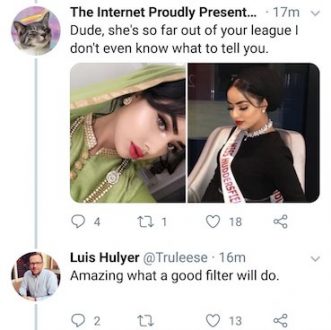 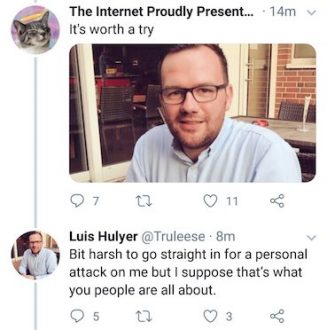 And some of our favourite responses online after the exchange as highlighted by @FrizFrizzle.

Are you from the fucking Beano?

That's amazing. The complete lack of self-awareness of some people just baffles me.

Surprised no-one else has done this filter yet tbh, but pic.twitter.com/kftbvq27EZ