The cheerleaders of the Sadiq Khan blimp are so upset about the lack of offence caused by it, they've resorted to photoshopping fake Guardian headlines. Sorry, lads. I think the blimp is cute. pic.twitter.com/iMMuJ7oCEn

Trump: "the balloon of me makes me feel very unwelcome in London"
Khan: "Couldn't give a fuck about your balloon lads knock yourselves out"

Is it wrong to find the @SadiqKhan balloon sexy.
Asking for a friend.

Imagine having a job, working hard and earning money, only to spend your money on this. Imagine believing this will mean Sadiq Khan won’t be re-elected.
“Yeh I was going to vote for him, but remember that blimp of him in a bikini two years ago? Nah, can’t vote for that.” pic.twitter.com/Kbazw99fDd 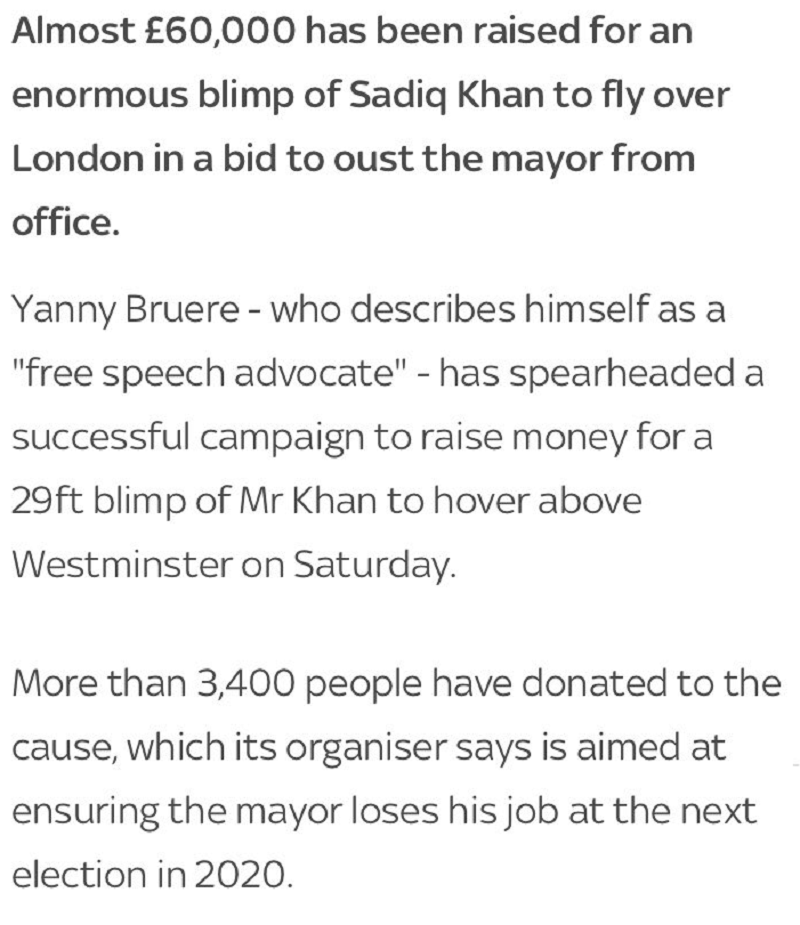 "Gonna make a Sadiq Khan balloon"
"Why"
"Gonna put him in a yellow bikini"
"Why? It makes no sense"
"Gonna own the libs"
"Maybe if you did it a month ago"
"Gonna piss off the lefties"
"Nah no one really cares tbh"
"Gonna red pill the nation"
"Are you ok? Do you need a lie down?"

anchor: yes and the question on everyone's lips about this sadiq khan balloon is-

me: *snatching his microphone* is it fuckable?

Things they never told the younger me: In future, we're going to perform all of our political discourse through the medium of large, floating caricature balloons.

And – lest we forget.

I have been so excited to see the Trump Baby Blimp I was actually quite star-struck. pic.twitter.com/TaSzakzsyx