This map of ‘Best Selling Musical Artists By English County of Origin’ was shared online by Brilliant Maps and it is rather brilliant.

In case that’s tricky to read, here it is a bit closer up. 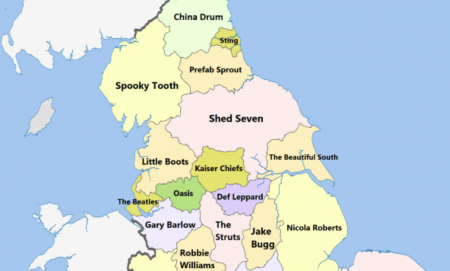 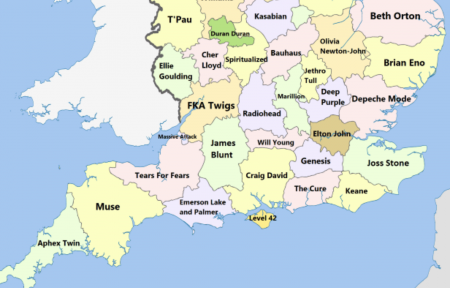 Created by reddit user uvbseventysix it prompted no end of debate online (especially if you’re favourite band or singer wasn’t featured, obviously). Here are 19 of our favourite comments.

No music ever made in Rutland…

What about The Rutles?

THESE SHOULD BE THE NEW NAMES OF OUR COUNTIES. https://t.co/MlRC07tFP4

Elton John only applies to #Middlesex. London is someone else.

Pretty sure Fleetwood Mac (formed in London) would be ahead of most of those listed.

There’s another map here which breaks the boroughs down, with Fleetwood Mac representing Westminster. pic.twitter.com/zHEWN7X3hS

I’d pay to see that.