It’s up there isn’t it (from the Morning Star, by the way). And when we say up there, we mean with this little lot.

We start – where else? – with the Guardian and an all-time classic about its interview with the then Wolves chairman, Sir Jack Hayward.

Urine problems at the Financial Times

Wired forgets to turn off a Chrome extension.

Gawker regrets an error in an article about online errors.

Top-notch emoticon use in this correction from Gawker at the end of this Jeff Jarvis article https://t.co/Mc34A5m4I2 pic.twitter.com/Bh0u5iI8YK

The Guardian have to correct almost everything about this article. 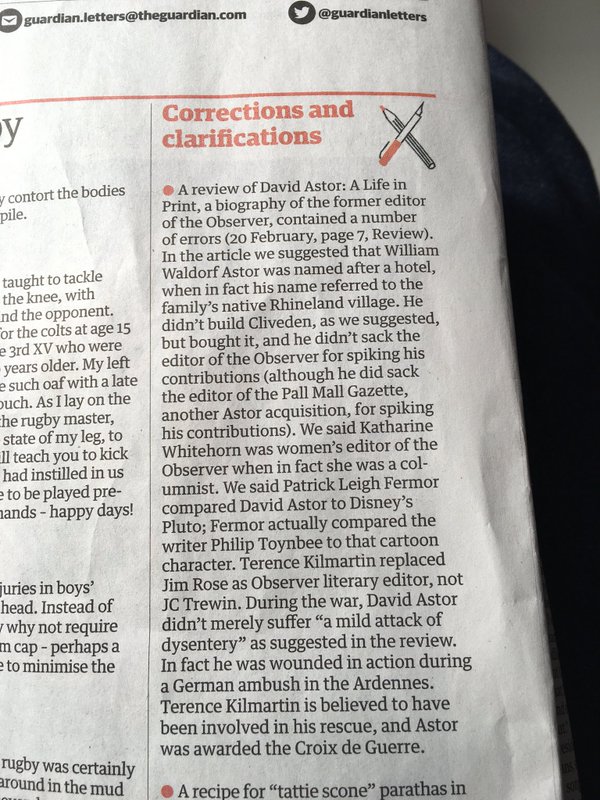 And finally, to The Times!

One of *the* classic newspaper corrections in @thetimes today pic.twitter.com/JualyxgEIq