Not long to go now until the so-called president leaves the so-called UK and it’s been everything we could have hoped for and more.

Not least the always inventive protest signs that greeted Donald Trump on his first presidential visit to the UK. Here are 47 of the very best.

A message that unites humanity pic.twitter.com/sA5TjzVlts

For those of you who missed it, evidence of the Trump Dalek making it's way through Westminster 😂 #TrumpUKVisit #TrumpBabyBlimp #DrWho #sciencefiction pic.twitter.com/Ed55PzF7CN 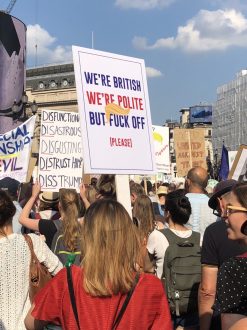 Sourcing the right wig was key for Lauren pic.twitter.com/bXNkWNXtRU

You picked a good time to film the placards, BBC News 😱 pic.twitter.com/yMArA2QqzJ 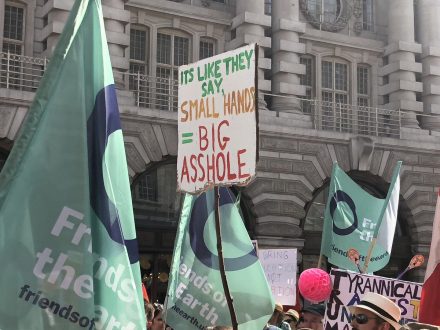 I know the best protest signs are meant to have pithy slogans but I needed to get this off my chest. #TrumpUKVisit pic.twitter.com/8OcEkMHG0O

Hotting up here at Blenheim. Police being brilliant. Such a good natured crowd. British protest at its best, Mr President 👌💥❤️🌈 pic.twitter.com/bLCNEaFvjk

It ain't pretty but it's from the heart pic.twitter.com/zu8JWPJfRC

I’ve stepped off the tube on my way to the Trump protest to immediately find this ten foot tall structure. pic.twitter.com/lWiTmeqvRz 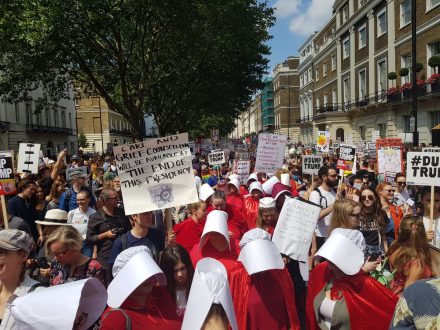 There are some great banners on the Trump protest march today, courtesy of our reporter on the spot John Dunne pic.twitter.com/1BjH8eVVtp

So many great signs at #TrumpProtest but this might be my favourite 👍 pic.twitter.com/fgWzk0j8eX

Protests Greet President Trump As He Tours The UK, Hosted By PM Theresa May https://t.co/xZs6TYGZsT pic.twitter.com/4fts4Qohmw 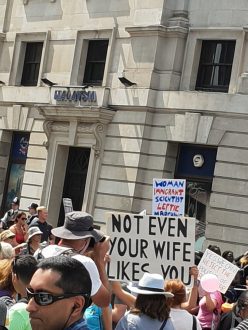 Rachel Ferriman, 37, from Hackney: “I disagree with everything Trump stands for” #TrumpProtests pic.twitter.com/08fg3AwatN