The Queen is expected to meet President Donald Trump today and nobody’s convinced that she really wants to.

I am no Royalist. But i genuinely feel sorry for the Queen having to meet Donald Trump.

If anyone doesn’t think that the Queen works hard, just remember that today she’ll be entertaining Donald Trump and pretending to enjoy his company. Now that, is hard flamin’ work!

Whether you like the monarchy or you don't, you must feel for the Queen tomorrow having to meet Donald Trump. pic.twitter.com/Vaxvr1ULlb

One answer might be to do what everyone else does when they really don’t want to go to work.

Retweet if you think the Queen should pull a sickie on the day she’s supposed to meet Trump.

It’s an idea supported by these 16 people.

It looked like she might have been setting up the excuse when she didn’t attend Prince Louis’ christening.

The Queen and Prince Phillip pulling a sicky to get out of meeting Trump is the true spirit of Britain https://t.co/PTK9XkMGWw

#BuckinghamPalace says the #Queen will miss #PrinceLouis of Cambridge’s #christening

Oooooh… if the Queen was too sick to attend her great-grandson’s christening, do we think she’ll be too sick to meet Donald Tramp? Is she doing a “sickness warm-up”?

And now the Queen is saying she’s not well enough to attend a royal christening later this week. What are the chances she’s still “not well enough” to have tea with Trump?

An actual doctor had an idea for the exact ailment that would be acceptable.

There were some suggestions that a refusal to meet Trump might do wonders for her popularity.

The Queen cancelling her meeting with Trump would guarantee the future of the monarchy for the next hundred years at least.

And someone suggested sending in a substitute.

I'm trying to think, if the Royal Family wanted to humiliate Trump, they could say, we're really sorry but The Queen can't see you today. Who'd be the most humiliating substitute? It's Prince Edward isn't it?

However, plenty of people thought she should let the meeting go ahead.

The Queen prepares for Tea with Trump pic.twitter.com/Uu9iHiGfCD 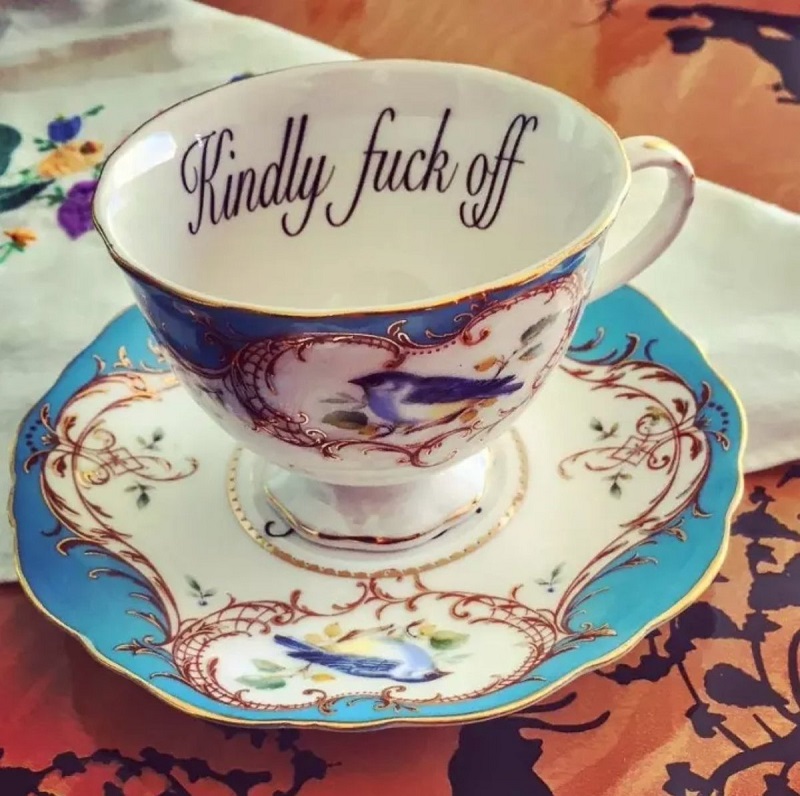 If the Queen pulls a sickie, does she have to press her head against the teapot for a bit, or is she the never apologise, never explain type?

Dear The Queen. You are 92 and have the chance to do exactly what everyone else wants to do.

You can get away with it – You're The Queen

Let’s face it, none of us would blame her if she did something really drastic to get out of having to risk having to talk to him.

If I was the Queen, I would seriously consider abdicating around lunch time to avoid having to have tea with Trump. And tell the world why.

As a bonus, let’s imagine what this would be like.

So the Queen is going to meet Trump. Why are we indulging and legitimising this racist, white supremist demagogue? Hope that people across the UK give this disgrace the welcome he deserves. Auld Lizzy should boot him in the nuts. #TrumpNotWelcome

And here are the latest pictures from the palace.

“Hide Charlotte, George and Louis”
“He’s not going to cage them, Liz”
“Not taking any chances with the psychopathic orange dickhead” pic.twitter.com/yRSiyKp3iK

next story
Breaking News: Someone compared Donald Trump to Michael Myers and everyone made the same joke