When Twitter user Toni McIntyre asked her snake-breeder brother a joke question about the reptiles, she got an answer she should have expected.

This is what she sent him. 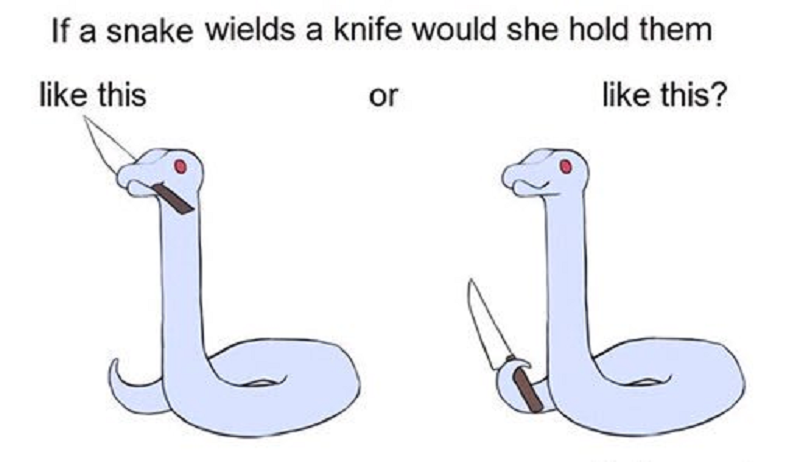 And this was his reply. 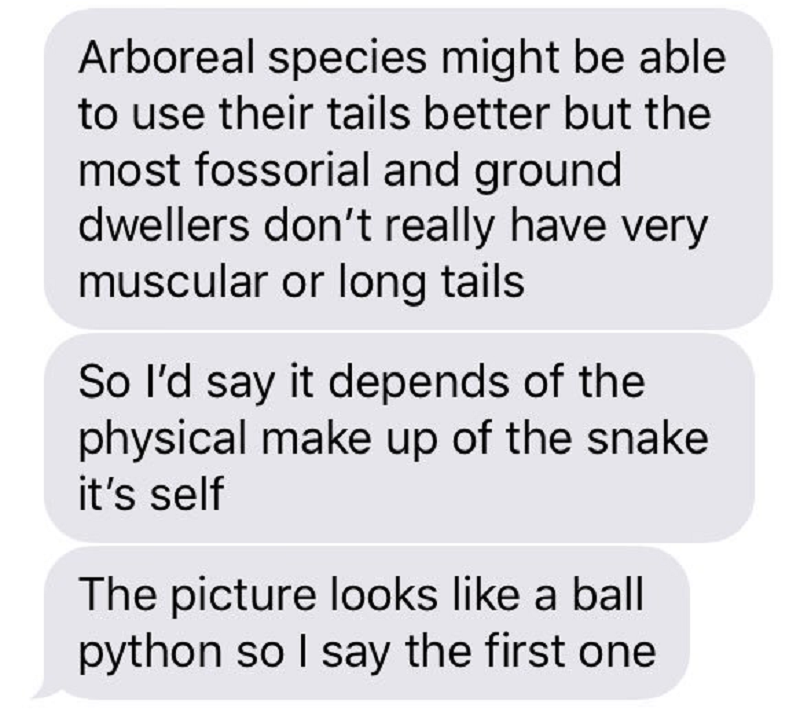 She instantly realised her mistake.

Today in “I asked my snake breeder brother a question with a funny snake photo and should’ve expected this response” pic.twitter.com/phIMm21bcr

I like that he analyzed the cartoon snake to guess what breed it was–IT’S A CARTOON, OWEN.

The replies show that Owen wasn’t the only one taking it seriously.

Either way she’s not getting on the plane with that knife.

I think the more appropriate answer would be neither, since when presented with the knife, it would surely just ignore it, being that it’s an inanimate object that 1) it can’t eat and 2) doesn’t pose a physical threat.

I agree the picture looks like a ball python though.

Someone suggested a second question.

Next, ask him how they would wear pants.

Guarantee his response will be “they wouldn’t.”

Against all odds, another tweeter had a snake breeder brother.

my brother breeds snakes as well and this was his response LMAO pic.twitter.com/Rqe0JC9F4Q 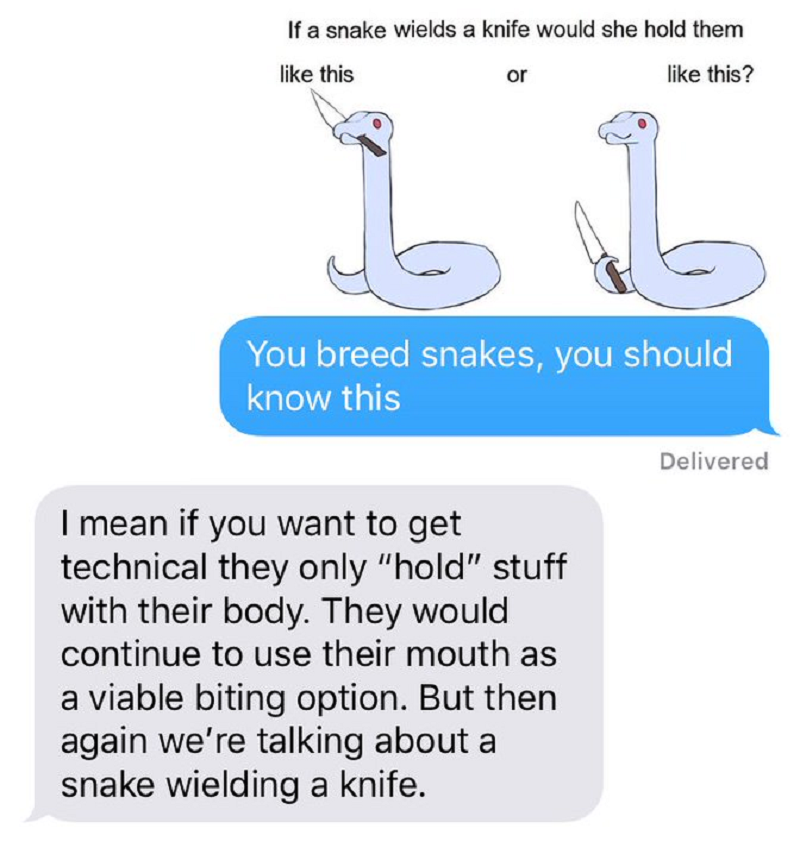