When longtime North Korea fan and former professional basketball player, Dennis Rodman, went to Singapore for the US-North Korea summit, someone noticed that, as usual, there was a past tweet by President Donald Trump that perfectly fitted the news.

A "there's always a tweet" moment for the history books pic.twitter.com/ciJj3tnltg

Here are 15 others that show how Trump’s inability to delete his Twitter history is the gift that keeps on giving.

2. After launching an air strike on Syria

So we’re bombing Syria right now. And there’s always a tweet. God, how is this real life?https://t.co/XjZItoSEBH 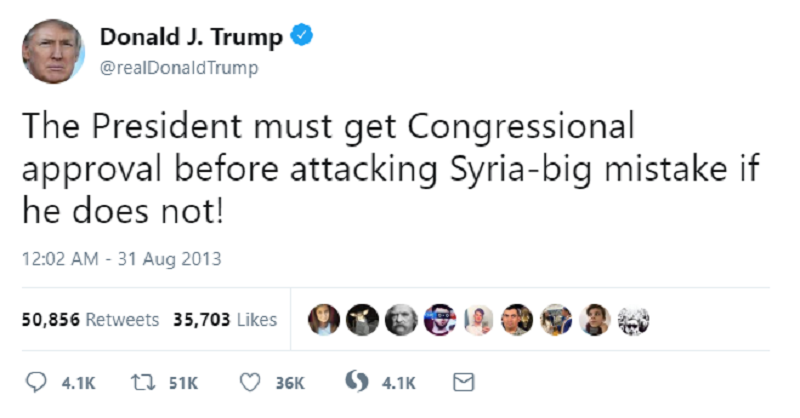 3. When he pardoned yet another of his political allies

You know how when Trump does crazy stuff and people post an old Trump tweet that contradicts it and they say "There's always a tweet"? This is one of 'em. https://t.co/ratrq77RMs 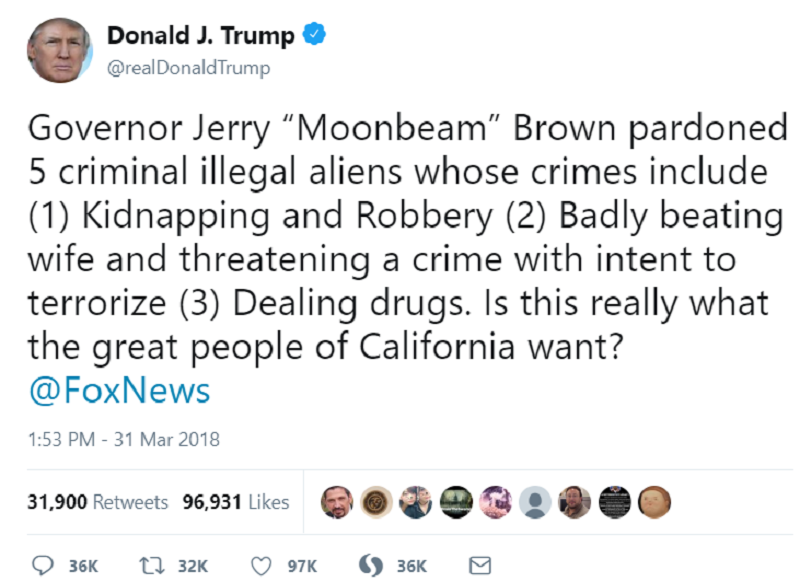 4. When first-quarter economic growth was at 1.9%

So the consensus basically is now Q1 revised down to 1.9% growth? 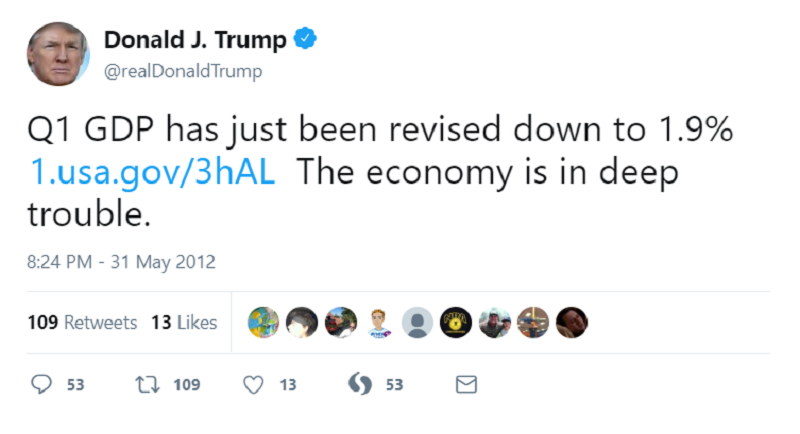 5. When he suggested arming teachers

And in tonight’s instalment of the ever-popular ‘There’s Always A Tweet’… https://t.co/k7lICk1ul8

6. When it emerged that he doesn’t read his briefings, in spite of the intelligence service making a simplified version for him

How is it possible that there's always a tweet? (Obama did, in fact, read his intelligence briefings, unlike the guy who published this missive in 2014.) https://t.co/kwkYNoTX0A 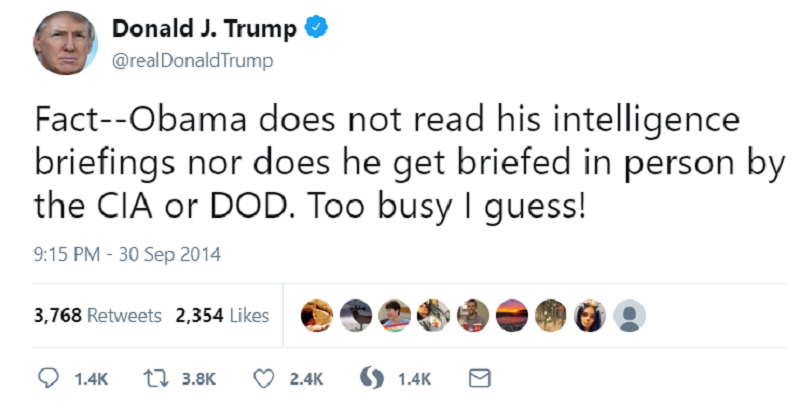 7. After repeatedly praising Fox News for being the only trustworthy reporters

There's always a tweet to be found of Trump contradicting himself and/or bashing his supposed "allies". Here's one from a while ago expressing what he thinks of what is now essentially his "State TV". pic.twitter.com/ozAzkdq7Fp