It’s the most interesting thing about breakfast TV right now, Piers Morgan’s efforts to get one over on his BBC1 rival, Dan Walker.

Morgan’s Good Morning Britain doesn’t have as many viewers as Walker’s BBC1 Breakfast show, but it doesn’t stop the ITV underdog from yapping at his heels on Twitter.

Except, as these 12 exchanges suggest, it doesn’t always work out the way he would have wanted.

1. When ITV bought some screen time outside the BBC Breakfast studios

2. When Piers tweeted about his ‘best ever week’ for ratings 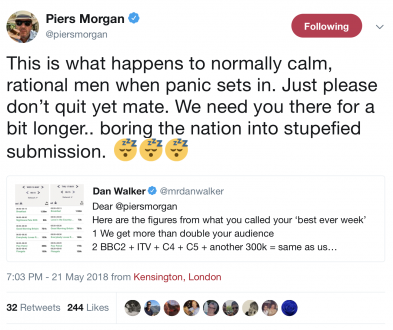 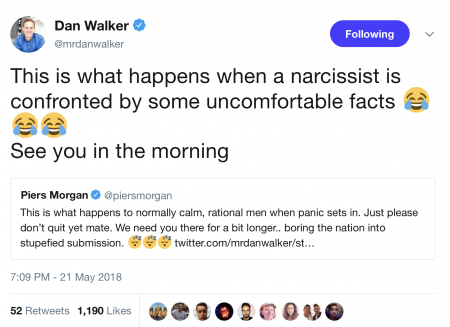 4. When they played in a pro-celebrity golf tournament together

5. When the BBC1 show got its captions wrong

Who has switched from watching dreary @BBCBreakfast to @GMB recently?
Best answers get a retweet.