You’ll probably have seen pictures from the fundraiser held by New York’s Metropolitan Museum of Art where the theme was Heavenly Bodies: Fashion and the Catholic Imagination.

In spite of the Vatican having given official approval for the theme, celebrity ego and – it turns out – Catholic, Piers Morgan wasn’t happy.

A lot of people were surprised that he felt it necessary to explain Catholicism to the Pope.

Piers Morgan: "What if the Pope doesnt understand Catholicism?" pic.twitter.com/rmJdVYPCvm

lord grant me the supreme blowhard confidence to explain Catholicism to the actual Pope pic.twitter.com/o4aLK3EAQ3

While others wondered whether he might be just a tad hypocritical.

"I, divorced and remarried cultural nonpracticing Catholic Piers Morgan, shall now explain to his Holiness how my idea of Catholicism is superior to his"

That makes you a protestant, Piers

Here's Piers Morgan – a man whose religiosity begins and ends with criticising celebrities – lecturing the pope on Catholicism.

Possibly his greatest feat of mansplaining yet? pic.twitter.com/y2yFYDTE7E

And there were suggestions that he may even be, of all things, a snowflake.

Piers:
Complains about people getting offended by everything

Also Piers:
Writes to the Pope to ask him to be more offended by hats pic.twitter.com/yPaUns99ci 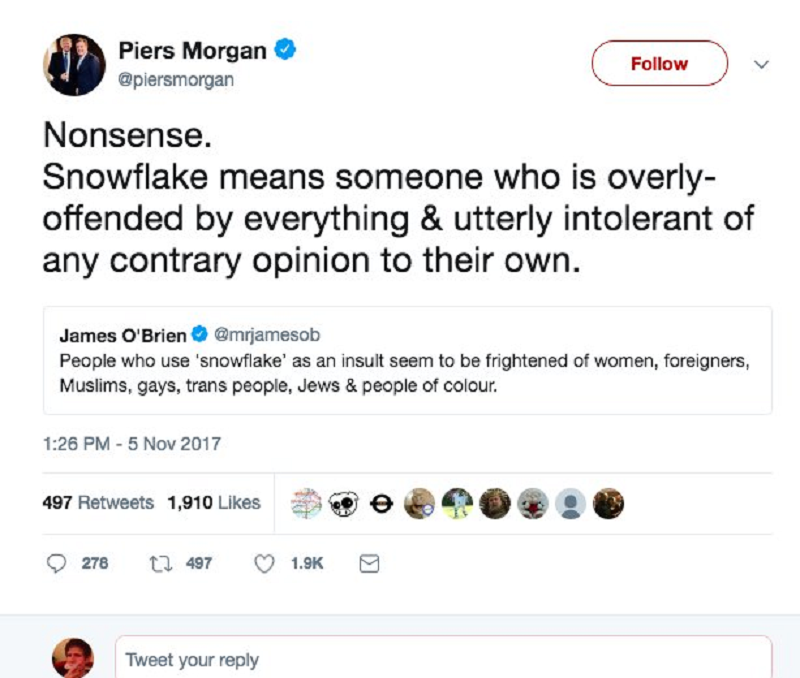 The idea of the Catholic Church needing to worry about a few dresses didn’t seem convincing.

Poor, sad Catholic Church. Victims all. Who will champion the oppressed Catholics? How will they ever recover from being mocked by none other than Sarah Jessica Parker, a woman so powerful, her very chuckle could shake the foundations of the Little Church That Could.

Nor did it seem likely that Piers Morgan’s opinion would carry much weight.

theologians and cardinals are convening in the libraries of St Peter’s Basilica, hard at work on the next papal encyclical entitled “SUCK A FART, PIERS MORGAN”

But the last word must go to author, Zing Tsjeng.

Not heard back from the Pope yet. Maybe he’ll come on Good Morning Britain tomorrow to explain himself.