Sajid Javid is the new home secretary following the resignation of Amber Rudd and there are many important things to say about this appointment.

Sajid Javid is the first BAME holder of one of the Great Offices of State.

In the scheme of things, this is rather less important, but still …

And for what it’s worth Sajid Javid has the best Whatsapp picture of any member of the Cabinet. pic.twitter.com/9P2qZuZRZq

And here it is in action. Sort of … 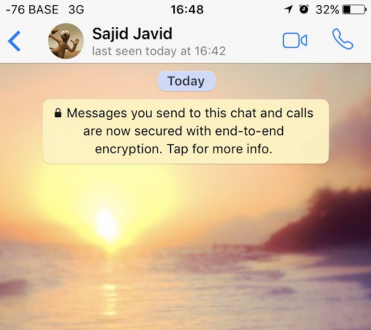 Here are a few other things you might like to know about the new man in charge of the home office.

*Theresa May picks Sajid Javid, who has almost always voted for stronger enforcement of the immigration rules that led to the Windrush scandal, to be the next Home Secretary* pic.twitter.com/qQYJFU1piv

Last month Sajid Javid admitted that all those made homeless by the Grenfell Tower fire would not be rehoused within a year. His department has overseen nearly 11 months of failure. Now he takes over at the Home Office as we fight immigration issues connected to Grenfell.

New home secretary, Sajid Javid, son of a Pakistani-born bus driver, said on Sunday his own family could've been victims of the Windrush scandal. Let's hope that means change will come in 'hostile environment' policy. pic.twitter.com/Tck2Swv9Ll