Jacob Rees-Mogg said he would ‘flee the country’ if the Conservatives abandon Brexit.

“What would I least like the message to be if there was an election held tomorrow? It would be that we are remaining in the European Union and ignoring the referendum. I would probably flee the country.”

The Tory MP appeared to say this six months ago but people have been seizing on it again today and very satisfying it was too.

Here are our 6 favourite replies online. 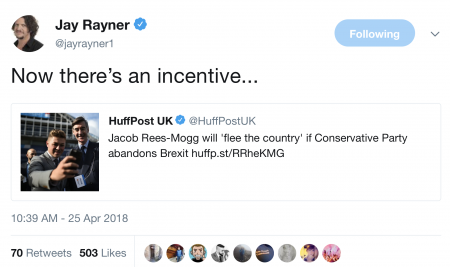 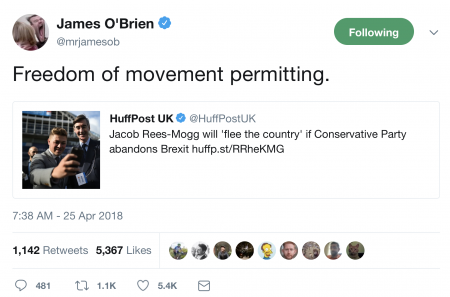 Crowdfunding the taxi fare to the airport will not be a problem.

Ready the hansom cab and don’t spare the horses

please don’t send him to Italy, we are already full of latin-speaking bigots