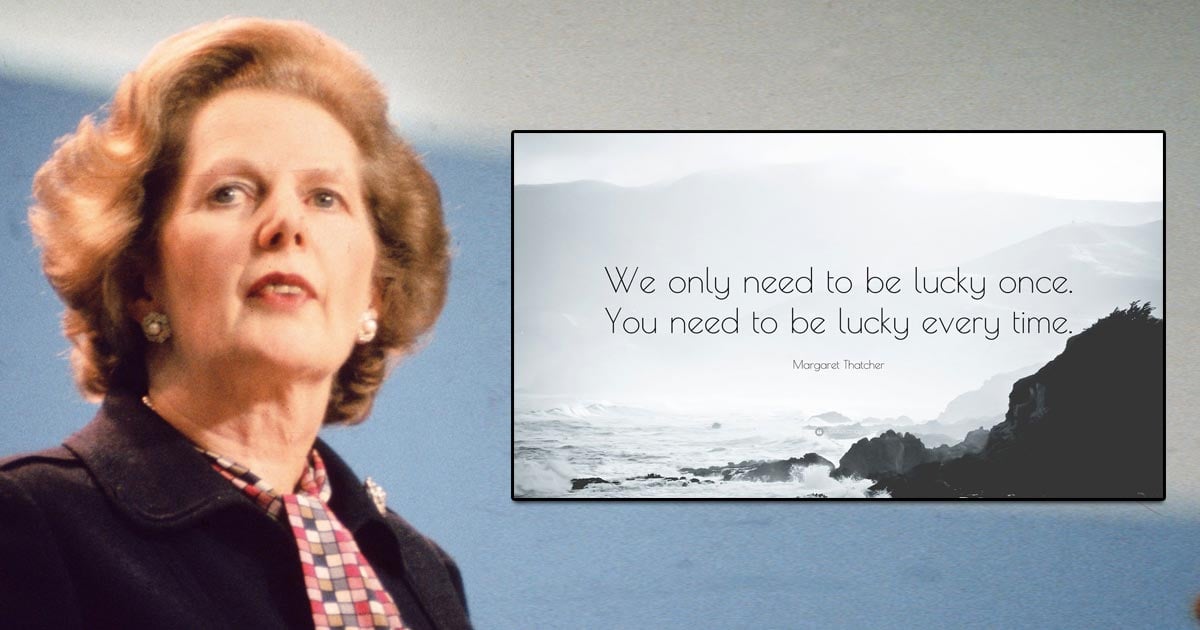 In through-the-looking-glass news this IRA quote has been misattributed to Margaret Thatcher and ended up as an inspirational quote:

the IRA’s warning to thatcher after they narrowly failed to kill her in the brighton bombing has somehow leaked into inspirational american facebook as a thatcher quote pic.twitter.com/VOEZvLqJWf

“I think I get why it’s popular, it’s a quote about revenge, and inspirational quote Facebook people are the most bitter jealous people on the planet” writes @Bgreysk.

The quote is from a statement the IRA made after the Brighton bombing of 1984 which killed 5 people and injured 31:

“Mrs. Thatcher will now realise that Britain cannot occupy our country and torture our prisoners and shoot our people in their own streets and get away with it. Today we were unlucky, but remember we only have to be lucky once. You will have to be lucky always. Give Ireland peace and there will be no more war.”

And indeed, it has leaked into internet as an inspirational quote from Thatcher, rather than as a threat to kill her – e.g. here. 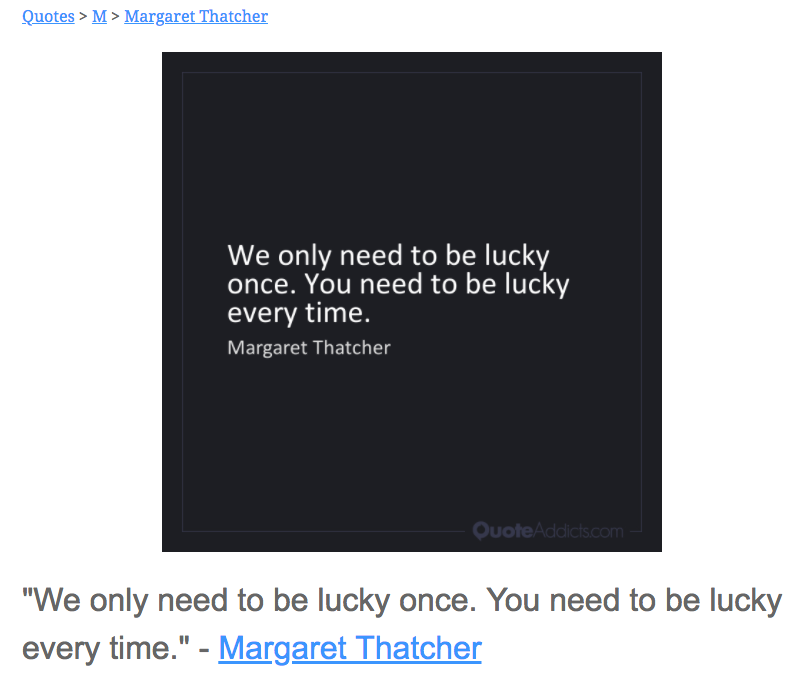 Nothing is true. Everything is lies.