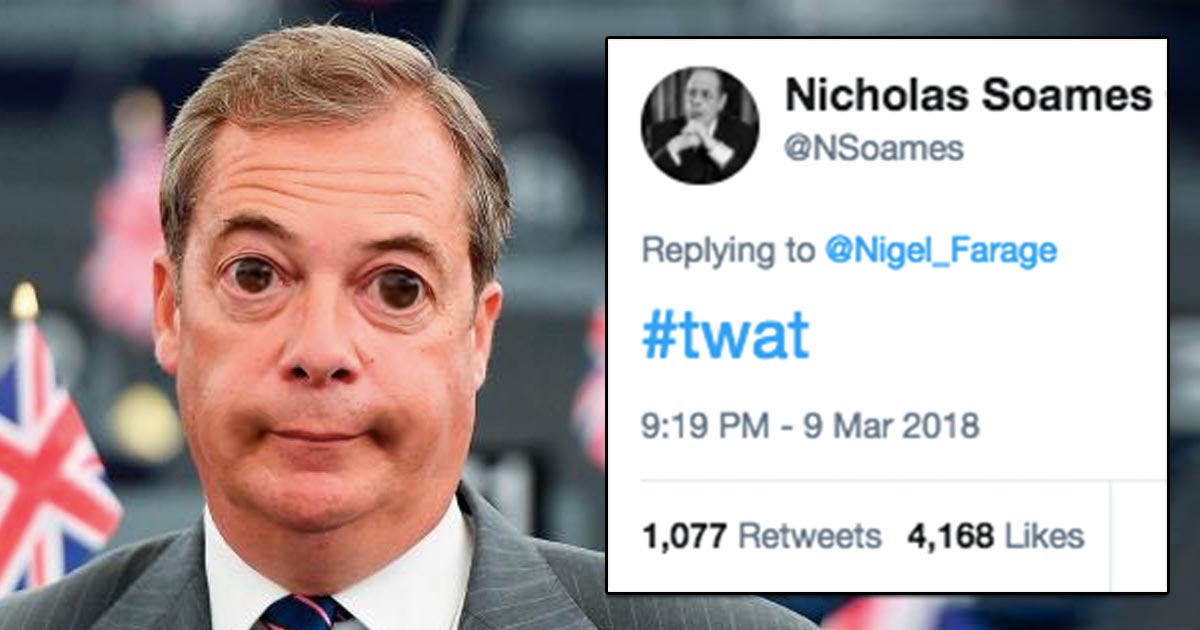 True. Not something we’ve made up for shit lols:

This is particularly delicious as you know Farage is likely to invoke Churchill at the drop of a hat as someone kinda on his side.

And the reaction has been positive:

Ha ha ha, seldom do I share your views as my MP but you’ve just mated nail and head perfectly

Brevity and perspicacity. Who needs 280 characters?

I'm here for it

And what’s more, Soames has doubled down on the insult (and hashtag)

Hooray for Soames. Our new favourite Tory until we look up his voting record and remember he voted for something terrible, probably