Donald Trump is nothing if not entirely predictable. Here he is slagging off the TV ratings for the Oscars while confirming that Donald Trump has again won the Donald Trump award for most amazing person ever.

Lowest rated Oscars in HISTORY. Problem is, we don’t have Stars anymore – except your President (just kidding, of course)!

There were plenty of responses we enjoyed, including this one from David Baddiel. 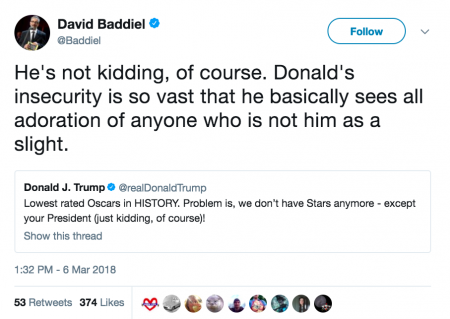 But this, from Luke Skywalker himself, might be our favourite. 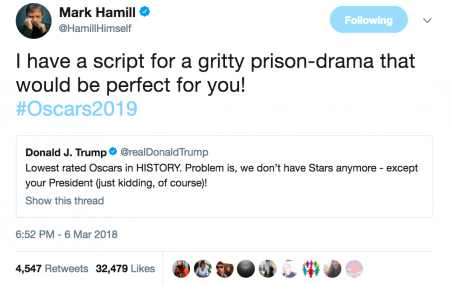