Theresa May’s had an idea to encourage landowners to build homes to help solve the property crisis and she’d like to share it with you.

It’s remarkably similar to an idea Ed Miliband had a few years ago. 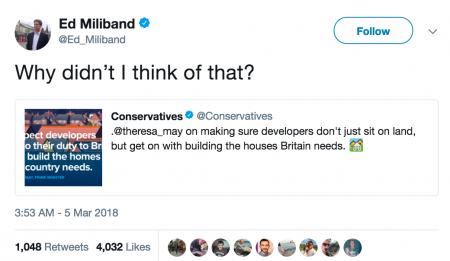 Here’s how the Daily Mail reported it when it was the then Labour leader’s idea, as highlighted by @josh_salisbury on Twitter. 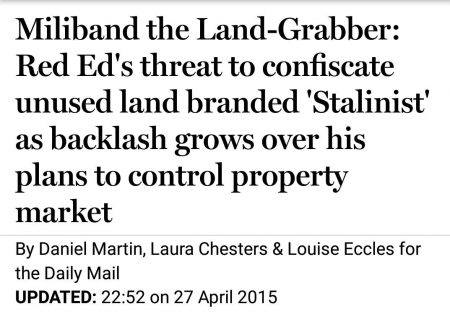 And here’s the Daily Mail today, reporting the same idea but now crediting it to the so-called prime minister instead. 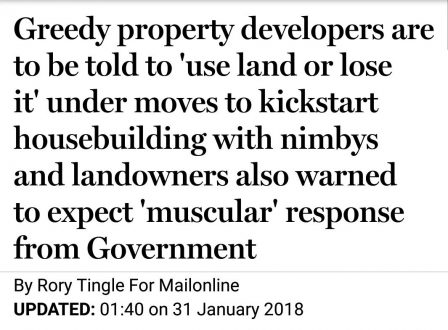 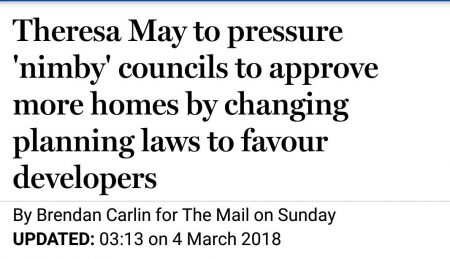 It’s Stalinist when Milliband does it, when May nicks the same policy it’s a brave new world. What a farce.

A perfect example of “Newspeak in the 21st Century”

And here they are again, side by side.

Notice the difference in headlines pic.twitter.com/bk1ZtYKj48

Latest in a long Daily Mail tradition of this sort of thing.