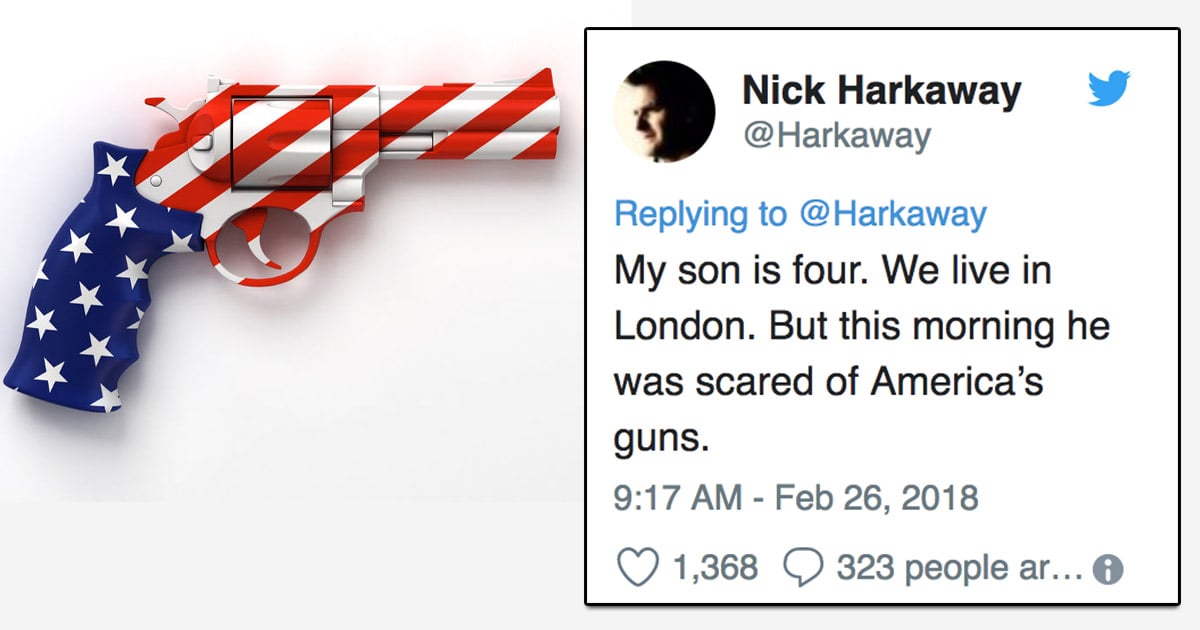 This thread from a dad on Twitter is going viral and it’ll stop you dead in your tracks. Cold shivers all over – read it now.

I live in London and this morning it is snowing, but my son did not want to go to school. I asked him why and he said there was some kid he did not like.

Why does he not like this kid? Because all this kid wants to play is gun games. Now, okay: my son is 4 and he’s just discovered Star Wars. For the last month there have been guns mounted on everything.

I woke up at the end of January with a banana taped to my face to make me into Laserdad.

But today this kid who likes guns is bad news. I say – because I’m an idiot adult – don’t play with the gun kid. We get on the bus.

Everything is fine until I try to leave him in the school. Then he’s sad. He has an emergency stare which is to let me know It Is Not Okay. I get the stare. I ask if he’s okay. He’s not.

But finally my slow, lumbering pre-coffee morning brain clicks in and I start modelling my son’s thinking properly and I get it. I get the edges of it first because I live in London.

And so when I ask him, and he answers, I have to follow his eyes around the classroom and realise that he’s four. All spaces are one space. All classrooms are one classroom.

And he looks around the room, because he is scared someone will come into his London school and shoot him and his friends.

And I say, because I can say this, but for the first time really understanding how much that matters:

And he smiles and goes off to play and I look around the classroom and for the first time in a long, long time I thank the god I do not believe in that I live on this grey, sometimes sensible little island.

But now I can’t stop thinking about all the people I know in the US who have that same moment with their kids and cannot say that, and the sheer weight of how that must be is staggering. I cannot begin to grasp it.

My son is four. We live in London. But this morning he was scared of America’s guns.