Activate Britain is the Tories answer to Momentum and describes itself as “a united platform for young conservatives and returning power to the grassroots.”

The return of that much loved comedy staple – the Young Conservatives – hooray!

They’re asking people to list “British Values” and rather predictable it’s going very badly indeed, but their failure is our comedy win.

Here’s 17 of the best British Values.

Exploring the world, discovering new cultures, meeting fascinating new people and then killing them & nicking all their best stuff.

Selling my kids futures down the drain, selling off the state assets in a big fire sale, ensuring my generation can’t buy a house, ensuring the baby boomers protect their wealth, killing the NHS. Dyson Vacuum cleaners are cool and British though I guess.

3. Talking about the weather

Chipping the ice off the inside of the windows in the morning and saying, "Turned out nice again".

Laughing at ourselves, which is fortunate as so is everyone else.

1. Pressing on with something we'd rather we hadn't started because of the sheer embarrassment of having to admit we've made a mistake.

Giving a polite round of applause when someone drops the crockery.

Toadying to the upper class.

8. Read what it spells out… 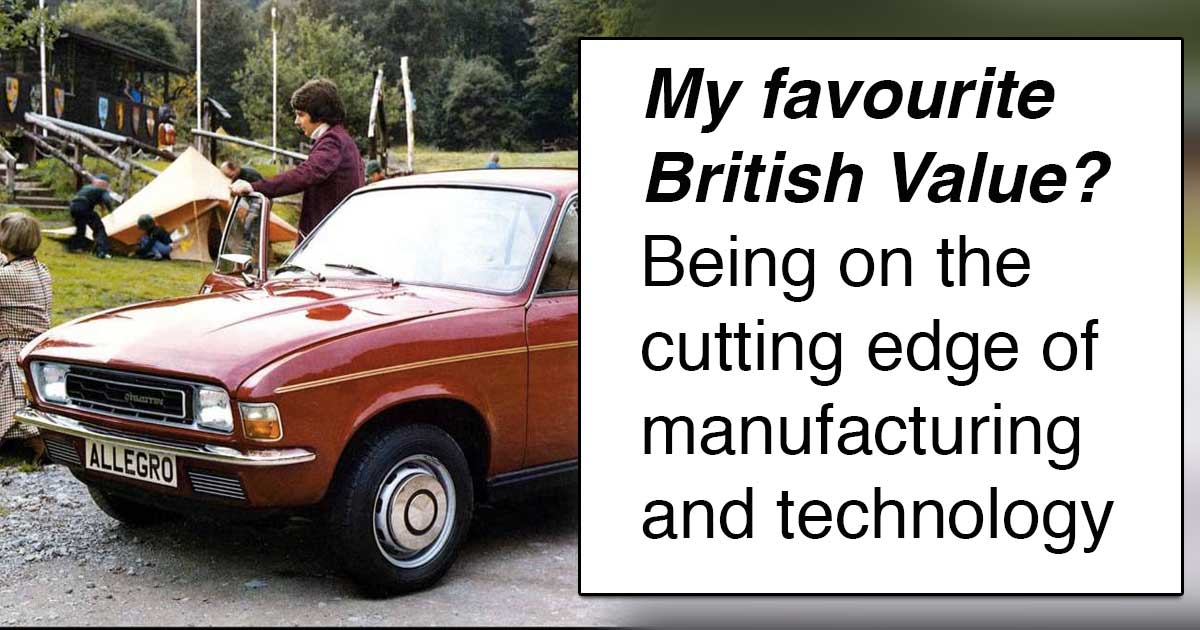 I’ve thought a lot about “British values” since they were firsted mooted, and I can only identify three. 1. Forming an orderly queue. 2. Buying drinks in rounds. 3. Getting out of the bath to have a pee.

12. The gammony colour some of us go on holidays

13. Our national obsession with World War 2

Harping on about WW2 – because it takes National Socialism to make Brits look like history's good guys.

Flicking bogeys when no one’s looking.

Pulling up in a tall ship, raping, murdering and pillaging for a couple of centuries, then getting pissy when the locals move to Britain to see what all the fuss is about. https://t.co/iPgoX8tqV9

I'm British and I have no values. https://t.co/ECXHsH57c8

17. And our ability to bounce back

Noel Edmonds' career surviving the death of a game show contestant in a bungee accident. https://t.co/Qjh1YUFLGz

Well done everyone! We enjoyed that.