It’s well known that James Blunt is the king of Twitter, but let us not forget that he is also the master of the longer form of communication (or ‘letters’, as some of you might remember).

Here he is hitting back at Labour MP Chris Bryant after the then culture secretary criticised his public school background (in a Guardian article), saying the ‘prejudiced wazzock’ encouraged the ‘politics of jealousy.’

Bryant said that the arts world must address the dominance of performers like Eddie Redmayne, James Blunt and their ilk who come from privileged backgrounds.

Over to you, Jimbo. 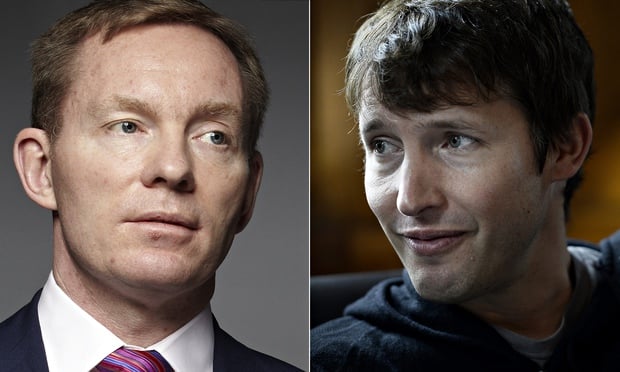 You classist gimp. I happened to go to a boarding school. No one helped me at boarding school to get into the music business. I bought my first guitar with money I saved from holiday jobs (sandwich packing!). I was taught the only four chords I know by a friend.

None of them knew anyone in the business either. And when I left the army, going against everyone’s advice, EVERYONE I met in the British music industry told me there was no way it would work for me because I was too posh.

One record company even asked if I could speak in a different accent. (I told them I could try Russian).

Every step of the way, my background has been AGAINST me succeeding in the music business. And when I have managed to break through, I was STILL scoffed at for being too posh for the industry. And then you come along, looking for votes, telling working class people that posh people like me don’t deserve it, and that we must redress the balance.

But it is your populist, envy-based, vote-hunting ideas which make our country crap, far more than me and my shit songs, and my plummy accent.

I got signed in America, where they don’t give a stuff about, or even understand what you mean by me and “my ilk”, you prejudiced wazzock, and I worked my arse off. What you teach is the politics of jealousy.

Perhaps what you’ve failed to realise is that the only head-start my school gave me in the music business, where the VAST majority of people are NOT from boarding school, is to tell me that I should aim high.

Perhaps it protected me from your kind of narrow-minded, self-defeating, lead-us-to-a-dead-end, remove-the-‘G’-from-‘GB’ thinking, which is to look at others’ success and say, “it’s not fair.”

You won’t see a better link to the weather forecast