Everyone is loving this clip of Kenneth Williams doing a guest spot on BBC1’s Tomorrow’s World and it turns out he was the best presenter they ever had.

Someone who knows a bit about this sort of thing just loves it. 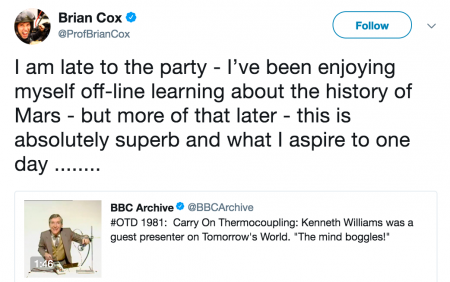 The prep that would’ve gone into that 2 minutes. He was amazing and so professional. Even when, one suspects, he had no idea what he was on about

Turns out he wrote about the day in his diaries, and he wasn’t enjoying it quite as much as it appeared.

That is the single greatest thing I have ever seen. Poor, dear Kenny.