Someone had a question for a chap called Qasim Rashid on Twitter.

“I’m confused how you could be a women’s rights defender while being a practicing Muslim?”

Let’s forgive the ‘practicing’ and focus on his reply, which went viral on Twitter because people enjoyed it so much.

A troll DM’d me that he was “confused how I could be a women’s rights defender while being a practicing Muslim?” 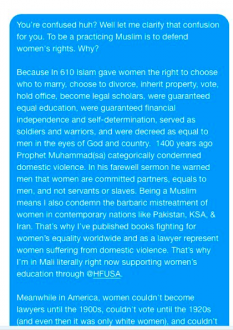 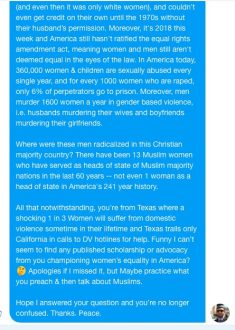 Goodness me. You are so eloquent and articulate. What a wonderfully worded response!

Not everyone got it though.

i legitimately can’t decipher what this is supposed to mean

From what I can gather, it means he sees women as a piece of meat but wants to lecture others on gender equality. #hypocrisy