They filled out various forms allowing them to vote despite being on holiday when the ballots were cast.

It all went swimmingly, except …

Melania Trump forgot to sign the envelope, so her vote didn’t count.

Ivanka Trump posted it too late, so her vote didn’t count either. 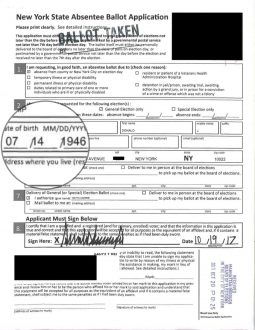 At least he got the year right. And his name.

It’s not clear if that means Trump’s vote didn’t count either, but he probably got that box wrong as well.

At least they’re not running the country, right?

Trump got his own birthday wrong on his absentee ballot when voting in the NYC mayoral race last month. The NY Daily News obtained his ballot and found the error. https://t.co/mzBvmE77SM

Just in case you’re wondering whether this sort of thing should be made public.

Whether you vote or not pic.twitter.com/iouc496usW 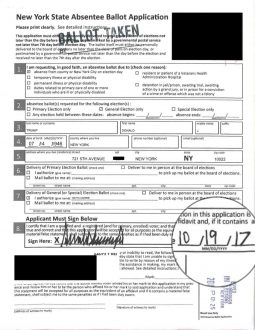