Spare a thought for the Daily Express at this difficult time

Well that must be a shock for Express readers. 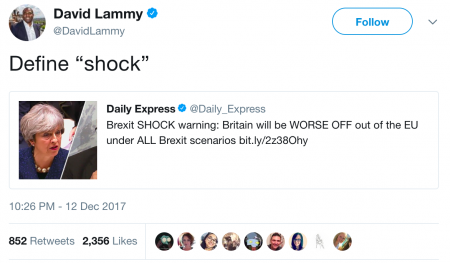 It’s probably a shock to their brainwashed readers that their estranged children were actually correct when they used their critical thinking skills to decide Remain was the best option for our future.

As shocking as Labour front bench abstaining on Single Market – your party has betrayed us.

People are calling this Daily Express Brexit wrongness, “correction of the year”