It’s not quite the end of the year but it looks like James Blunt will retain his title as undisputed king of Twitter for another year running. 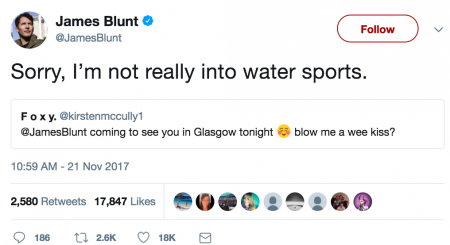 It’s only halfway in. RT @Thomasemaan: Just realized how short James Blunt is !!!

Coming upstairs now. RT @sassyfalahee: omfg james blunt is on the tv downstairs can this day get any worse! 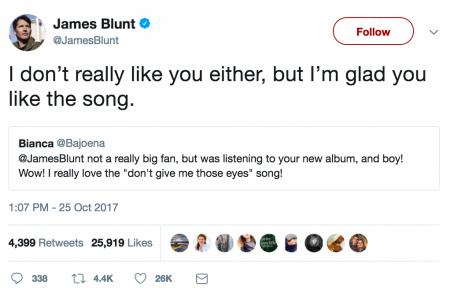 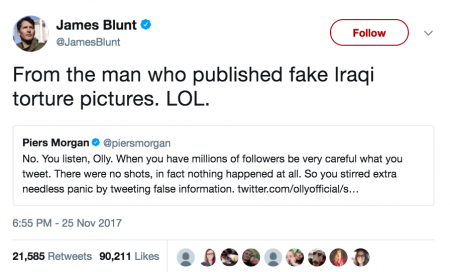 Then sit on something else. RT @PhoebeChristaki: James Blunt’s face fully aggravates me

Depends where I put it. RT @paulinaboncan: Little bit of james blunt never hurt anybody

Slightly dismayed that the 1 time I’m on TV in the last 10 years is ona @LouisTheroux documentary about Jimmy Savile pic.twitter.com/6y2y2a8E1b

Sorry haven’t Tweeted in a while. I Blocked myself by mistake.

I am NOT desperate to sell records. At all. pic.twitter.com/D9vovCbWKk

Don’t use me as an excuse. RT @gemmacramp: Does anybody else wanna kill themselves when James blunt comes on that fucking avert?

I’ve got something huge to show you – pic.twitter.com/oudRglXiTk