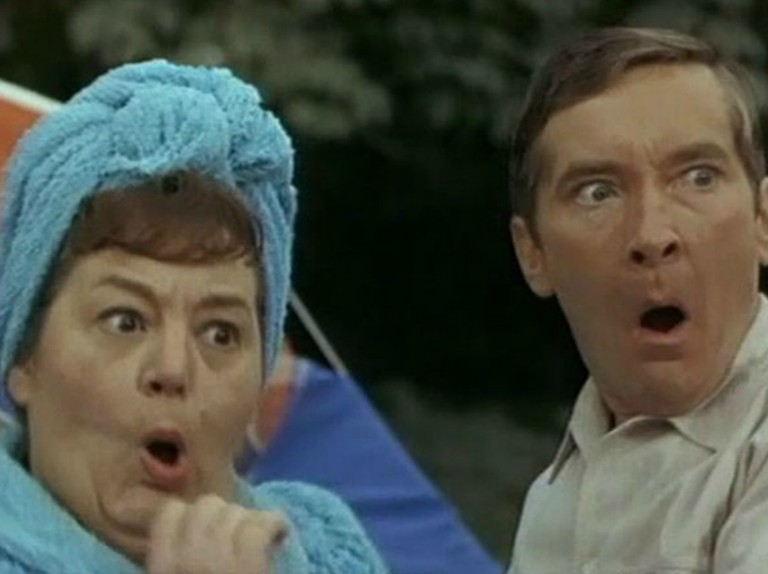 With the Bad Sex Literature awards on we thought you’d enjoy reading some of the previous winners.

Our fave is still Giles Coren. The image is stuck in our mind forever.

“And he came hard in her mouth and his dick jumped around and rattled on her teeth and he blacked out and she took his dick out of her mouth and lifted herself from his face and whipped the pillow away and he gasped and glugged at the air, and he came again so hard that his dick wrenched out of her hand and a shot of it hit him straight in the eye and stung like nothing he’d ever had in there, and he yelled with the pain, but the yell could have been anything, and as she grabbed at his dick, which was leaping around like a shower dropped in an empty bath, she scratched his back deeply with the nails of both hands and he shot three more times, in thick stripes on her chest. Like Zorro.”

“a commotion of grunts and squeaks, flashing unconnected images and explosions of a million little particles.

2007: Norman Mailer, The Castle in the Forest

“Then she was on him. She did not know if this would resuscitate him or end him, but the same spite, sharp as a needle, that had come to her after Fanni’s death was in her again. Fanni had told her once what to do. So Klara turned head to foot, and put her most unmentionable part down on his hard-breathing nose and mouth, and took his old battering ram into her lips. Uncle was now as soft as a coil of excrement. She sucked on him nonetheless with an avidity that could come only from the Evil One – that she knew. From there, the impulse had come. So now they both had their heads at the wrong end, and the Evil One was there. He had never been so close before. The Hound began to come to life. Right in her mouth. It surprised her. Alois had been so limp. But now he was a man again!”

2009: Jonathan Littell, The Kindly Ones

“I came suddenly, a jolt that emptied my head like a spoon scraping the inside of a soft-boiled egg”

2010: Rowan Somerville, The Shape of Her

“How wonderful it was – wonderful and surprising – to be attracted to a guy, to want sex. Diane found, once she was naked with him, that there were things she really liked in his performance, including, foremost, that he was relentlessly, acutely, even obsessively servile. It was fine with Ed to spend a half-hour massaging her feet and squeezing her ankles, followed by nearly equal devoted caressing of her shins and calves; next, moving up, he gave substantial attention to her knees and thighs, and when, in her massage trance, she hoped and believed that his hands would surely go where they would do the most good, Ed didn’t go there, he flipped her over instead and massaged, kneaded, stretched, rubbed, pinched, flicked, feathered, licked, kissed, and gently bit her shoulders, neck, back, and butt. Again she believed that he was on the verge of getting a hand between her legs, especially when, while massaging the small of her back, he found the tip of her tailbone. How long was he going to go on with the erotic massage and general body worship without getting to her quim? Would he please just go ahead and do something not frustrating? But she knew, before long, what he had to be waiting for. He was waiting for a display of need. So she took him by the wrist and moved the base of his hand into her pubic hair until his middle fingertip settled on the no-man’s-land between her ‘front parlor’ and ‘back door’ (those were the quaint, prudish terms of her girlhood), she got him on the node between neighbouring needs (both of which had been explored by johns who almost never tarried). She gave him this particular sign, this clear permission, and he began a careful prodding of her perineum, which was as good a starting place as any for Diane, because it instigated those processes of memory her sexuality required. It triggered memories with the uncanny force of déjà vu, and what she thought of, as Ed slaved away, was a boy from her village who had fingered her adroitly in a greenhouse thick with green tomatoes.”

“flesh, that archaic kingdom that brings forth tears and terrors, nightmares, babies and bedazzlements”, and “my sex swimming in joy like a fish in water”

“Surely supernovas explode that instant, somewhere, in some galaxy. The hut vanishes, and with it the sea and the sands – only Karun’s body, locked with mine, remains. We streak like superheroes past suns and solar systems, we dive through shoals of quarks and atomic nuclei. In celebration of our breakthrough fourth star, statisticians the world over rejoice.”

“When his hand brushed her nipple it tripped a switch and she came alight. He touched her belly and his hand seemed to burn through her. He lavished on her body indirect touches and bitter-sweet sensations flooded her brain. She became aware of places in her that could only have been concealed there by a god with a sense of humour.
“Adrift on warm currents, no longer of this world, she became aware of him gliding into her. He loved her with gentleness and strength, stroking her neck, praising her face with his hands, till she was broken up and began a low rhythmic wail … The universe was in her and with each movement it unfolded to her. Somewhere in the night a stray rocket went off.”

“At this, Eliza and Ezra rolled together into one giggling snowball of full-figured copulation, screaming and shouting as they playfully bit and pulled at each other in a dangerous and clamorous rollercoaster coil of sexually violent rotation with Eliza’s breasts barrel-rolled across Ezra’s howling mouth and the pained frenzy of his bulbous salutation extenuating his excitement as it whacked and smacked its way into every muscle of Eliza’s body except for the otherwise central zone.”

“My prick was a plank stuck to her stomach. With a swerve of her hips, she turned me over and I was on top of her. She opened her legs, pulled up her dress and, holding my hips over her, pushed my prick against her opening. I was her plaything, which she moved around. Our sexes were ready, poised in expectation, barely touching each other: ballet dancers hovering en pointe.”

BTW: Here’s the ones we didn’t include as the article was getting a bit long. Feel free to google them out.