Reporting the on-going incident in Oxford Circus, the Daily Mail’s ‘breaking news’ reported a tweet about a lorry crash – from 10 days ago.

Daily Mail reported (and now deleted) false rumours about the ongoing Oxford Circus incident based on a tweet that’s OVER A WEEK OLD pic.twitter.com/iHpO3SDWZi 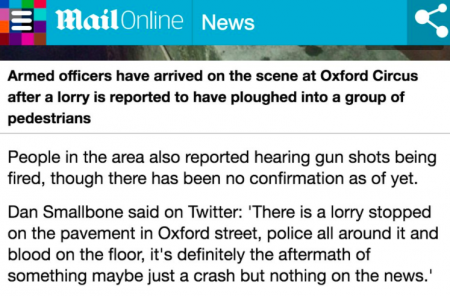 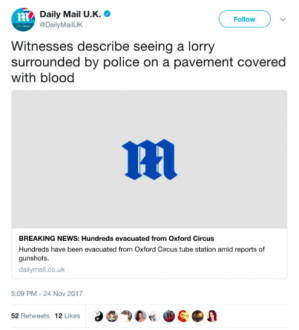 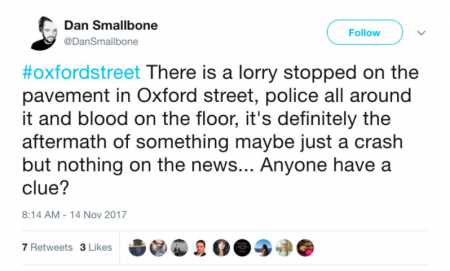 TOTALLY UNCONFIRMED Mail Online report that a lorry crashed in Oxford Circus is based on a tweet from 14 NOVEMBER pic.twitter.com/PyE87O1qpm

Big shout out to MailOnline suggesting the Oxford Circus incident, of which we know very little, could involve a lorry based on a tweet from last week. https://t.co/ckCsncrWLP 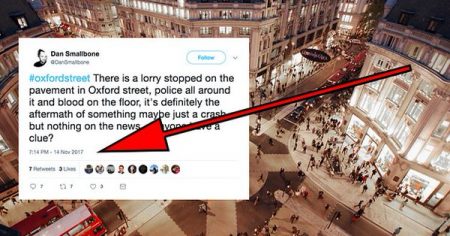 Fortunately the incident now appears to be over.

Read more about it on Buzzfeed.

The only good thing to come out of Black Friday …