Donald Trump had this to say when he met the prime minister of New Zealand, Jacinda Ardern.

And this is what happened next.

As opposed to … oh yes, we remember. 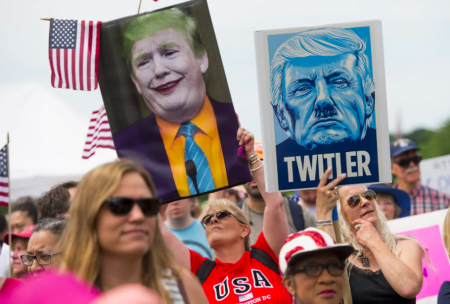 What’s the #maori word for “burn”?

This is how Ardern described her encounter.

“I was waiting to walk out to be introduced at the east Asia summit gala dinner, where we all paraded and while we were waiting, Trump, in jest, patted the person next to him on the shoulder, pointed at me and said, ‘This lady caused a lot of upset in her country,’ talking about the election.

“He laughed and it was only afterwards that I reflect that it could have been taken in a very particular way,” Ardern continued. He did not seem offended.”

She’s welcome to a state visit any time.

The humility of Donald Trump: a compilation