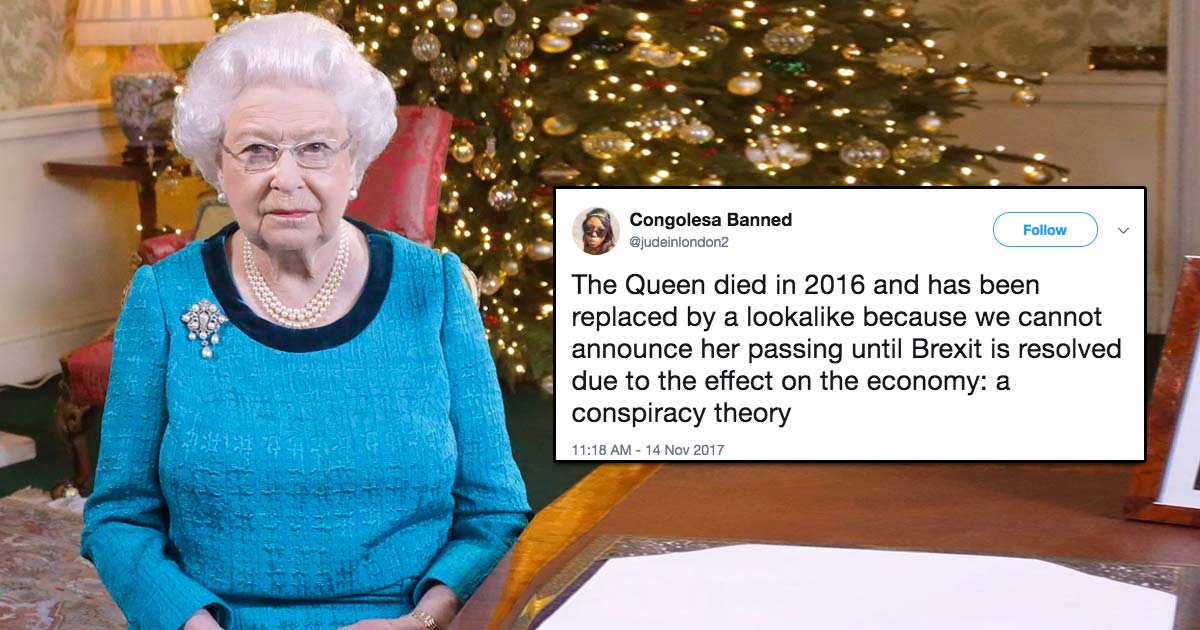 There’s a wild conspiracy theory on social media that The Queen has been dead since 2016 and the government is hiding the truth because of Brexit.

Five tweets are going viral which explain this troubling revelation:

The Queen died in 2016 and has been replaced by a lookalike because we cannot announce her passing until Brexit is resolved due to the effect on the economy: a conspiracy theory

The Queen passed away some time around Xmas last year. Remember when she didn’t attend mass? RIP. Only, the absolute tanking of the £ meant that announcing such a seismic event such as the death of the monarch was too risky.

Theresa May, desperate for some stability, begged the Palace to delay an announcement until Art 50 was triggered and she’d secured a whopping majority, for the sake of the country. They reluctantly agreed.

The triggering of Art 50 happened & May called a Gen elec but then everything went tits up and instead of her huge majority, she got a hung parliament. More economic instability. The Brexit talks aren’t going well.

And now both the Palace & the govt are stuck using this decoy till kingdom come unless something miraculously turns around the economy.

“The thing I like about this theory is that every other famous person died in 2016, so it rings true” says @Dotmund.