British Kids are dressing up as Donald Trump this Halloween

Jonathan McCarthy (aged 6), took to the streets of Central London today styled as ‘Scary Donald’ trundling a cartoon-style comedy bomb to test reactions to his outfit ahead of Halloween night.

Jonathan said; ‘My costume got quite a few laughs. Though one man said I shouldn’t make jokes about American politics. Trump’s a pretty scary-looking guy so I didn’t need loads of horror make up. It should do pretty well when I go out trick or treating with my friends on October 31st.’ 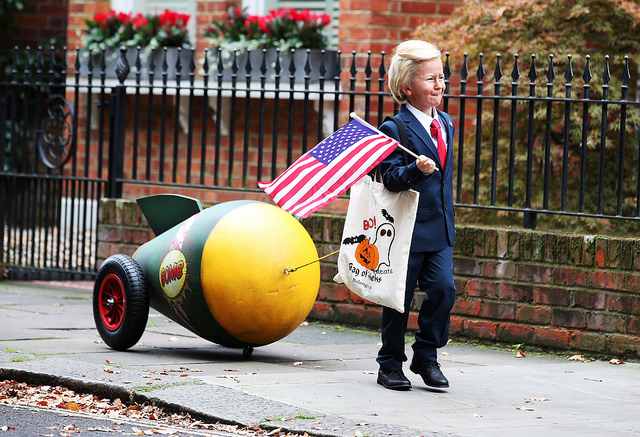 Donald has trumped his rivals to be named the ‘scariest celebrity face’ in a new study, which also sees him ranked in the top 10 Halloween outfits choices for kids alongside Voldemort and Frankenstein. 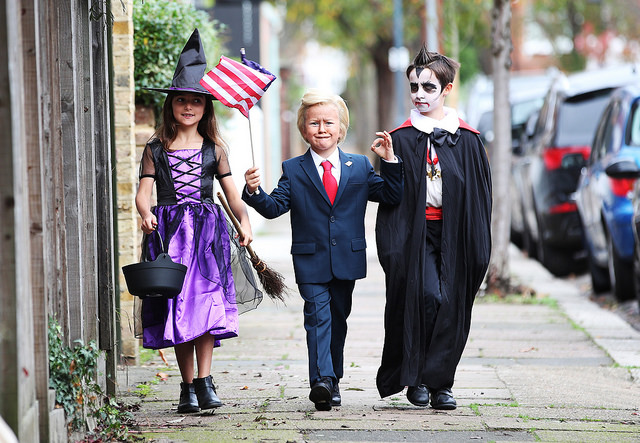 The poll, by the classic comic Beano.com, polled 2,000 British parents with kids aged 4 -14, reveals just how big Halloween has become for children across the UK as shops overflow with themed products.

Half of all British parents said (51%) their children thought Halloween was second only to Christmas in the annual events calendar – knocking chocolate-laden religious festival Easter into third place. 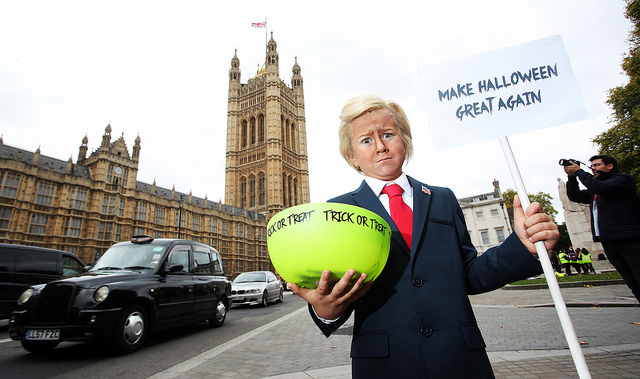 Beano Boffin, Mike Stirling said: “There’s no fake news here! With Trump in our Halloween Top 10 it just goes to show that when it comes to things that scare us, reality can be more frightening than fiction. Trump aside, we can expect to see mini Kim Jong-uns and perhaps even the occasional Theresa May out trick or treating on October 31.” 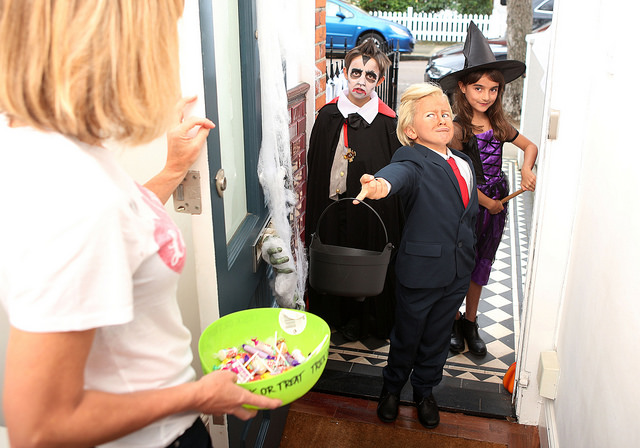 The top ten outfits parents would find SCARIEST to dress their kids in this Halloween as follows;

The top ten scariest looking celebrity faces are revealed as: