Guy gets tattoo in solidarity with his dog. Turns out it’s not quite what he thought

So this chap was feeling pretty outraged that the previous owner of his dog had his pet tattooed. What the hell are some people thinking of, eh? 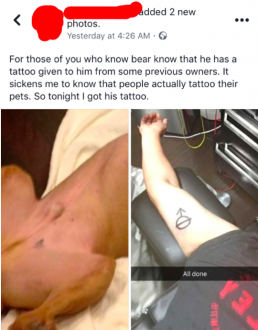 Except, if you know anything about this type of thing, it’s not any ordinary tattoo. 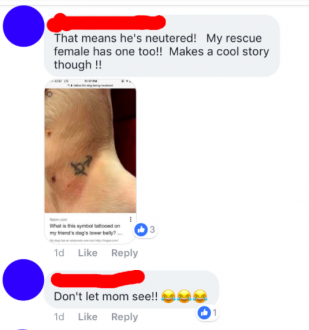 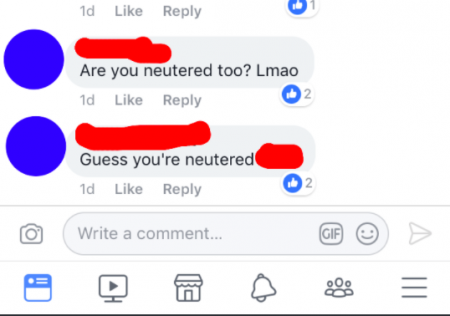 That took some balls.

Was he ever going to realise?! “So you want this thing that looks like a male symbol with a big line through it?”
“Yup.”

He basically has to have a vasectomy now